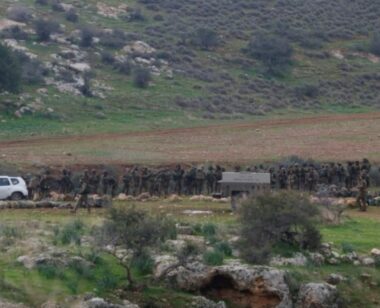 Abdullah Bisharat, the head of Atouf and ar-Ras al-Ahmar village council, stated that the soldiers handed an order to Nathir Bisharat, informing him that the army had decided to demolish his two 500 and 1000 cubic meters irrigation pools.

It is worth mentioning that Atouf is among the many villages and Bedouin dwellings in the area that are subject to constant Israeli violations, including demolitions, illegal confiscation of lands, and the destruction of agricultural roads.