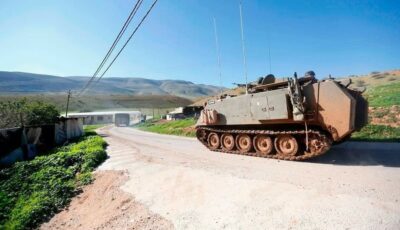 JORDAN VALLEY, Wednesday, February 16, 2022 (WAFA) – Israel Wednesday morning mobilized scores of troops for military drills in the Ein al-Hilwa area in the northern Jordan Valley, according to a local activist.

Aref Daraghma, a local human rights activist, told WAFA that scores of heavily armed Israeli soldiers deployed in the vicinity of the tents of the Palestinian community in preparation for the drills.