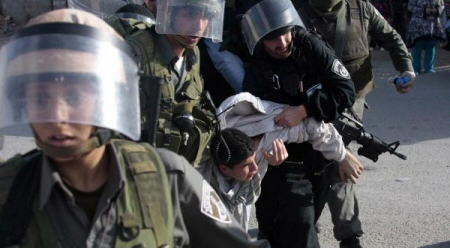 Israeli forces detained, 15 Palestinian civilians from different areas of the occupied West Bank, including a 65 year old man, according to local sources.

Security sources told the Palestinian News & Information Agency (WAFA) that soldiers detained two Palestinians, including a 65-year-old man, from the village of at-Tuwani, southwest of Hebron in the southern West Bank.

North of Hebron, northwest of Hebron, soldiers detained one young man after storming and searching his family home.

In the Nablus Governorate, in the northern West Bank, the army detained three Palestinian young men, one from al-Lubban ash-Sharqiya village, south of the city of Nablus.

In Beita town, southeast of Nablus, soldiers detained two young men, one of whom is a former prisoner.

In the northern West Bank, northwest of Jenin, the army detained two young men, including a former prisoner from Rummanah village.

Quds Press identified some of the detainees as;