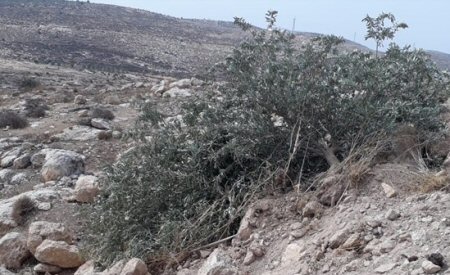 Israeli forces razed and leveled 14 dunams of Palestinian-owned lands in the Jamrura area, in western Tarqumiya of the southern occupied West Bank district of Hebron, on Monday afternoon.

Israeli forces raided Fatafta’s family land, razed it and uprooted 320 olive and almond trees without any prior notice.

He added, according to Ma’an, that Israeli forces prevented landowners and others from reaching their land, which they cultivate every year and live off of its crops.

Fatafta said that the trees are aged between 5 to 7 years, pointing out that the family was preparing to harvest the trees as the olive-picking season has begun.