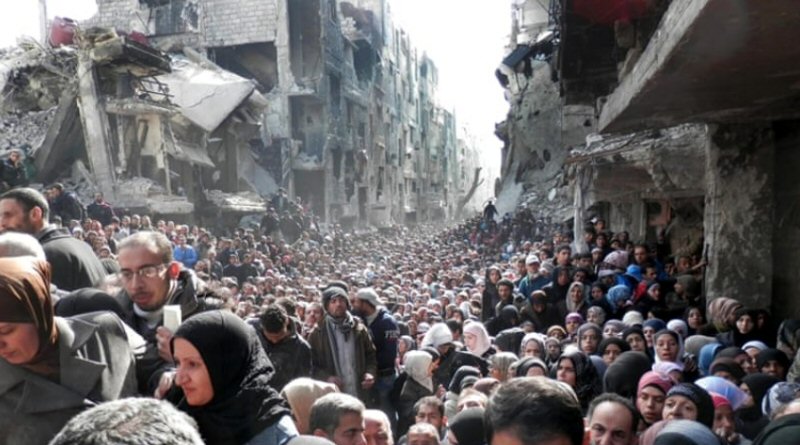 Some 3,894 Palestinian refugees have been killed in Syria since the start of the conflict in 2011, Action Group for Palestinians in Syria said, on Sunday.

The NGO said that its teams reportedly documented the killing of 1,408 Palestinian in Yarmouk and 263 in Daraa, 202 in Khan Al-Sheikh, 167 in Al-Nirab and 123 in Al-Husayniyeh.

In addition, thousands of the Palestinian refugees were wounded and maimed across Syria.