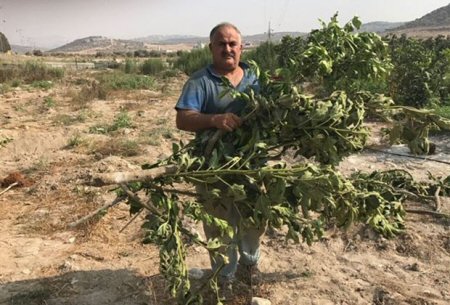 Tareq Hazzaa, owner of the land, said that a bulldozer escorted by Israeli Civil Administration forces razed more than 50 fig and lemon trees that were bearing fruit.

He said he was told, by occupation forces, that the work was undertaken to expand the main Nablus-Tulkarem road near the Beit Lid crossroads, and to create a roundabout in the area.

The land owner said that the Israeli occupation leveled about two dunams out of his four-dunam piece of land, according to Days of Palestine.

Israeli forces and settlers regularly attack olive and fruit trees in a bid to oust Palestinian farmers from their land, and a loss of a year’s crops can cause destitution for farming families.

Beit Lid is located adjacent to the illegal Israeli settlement Einav, and hundreds of fruit trees have been uprooted in the area, over the years, on land confiscated from the Palestinian village for development of the settlement.