State of Emergency extended in Lod; Palestinians March through Downtown 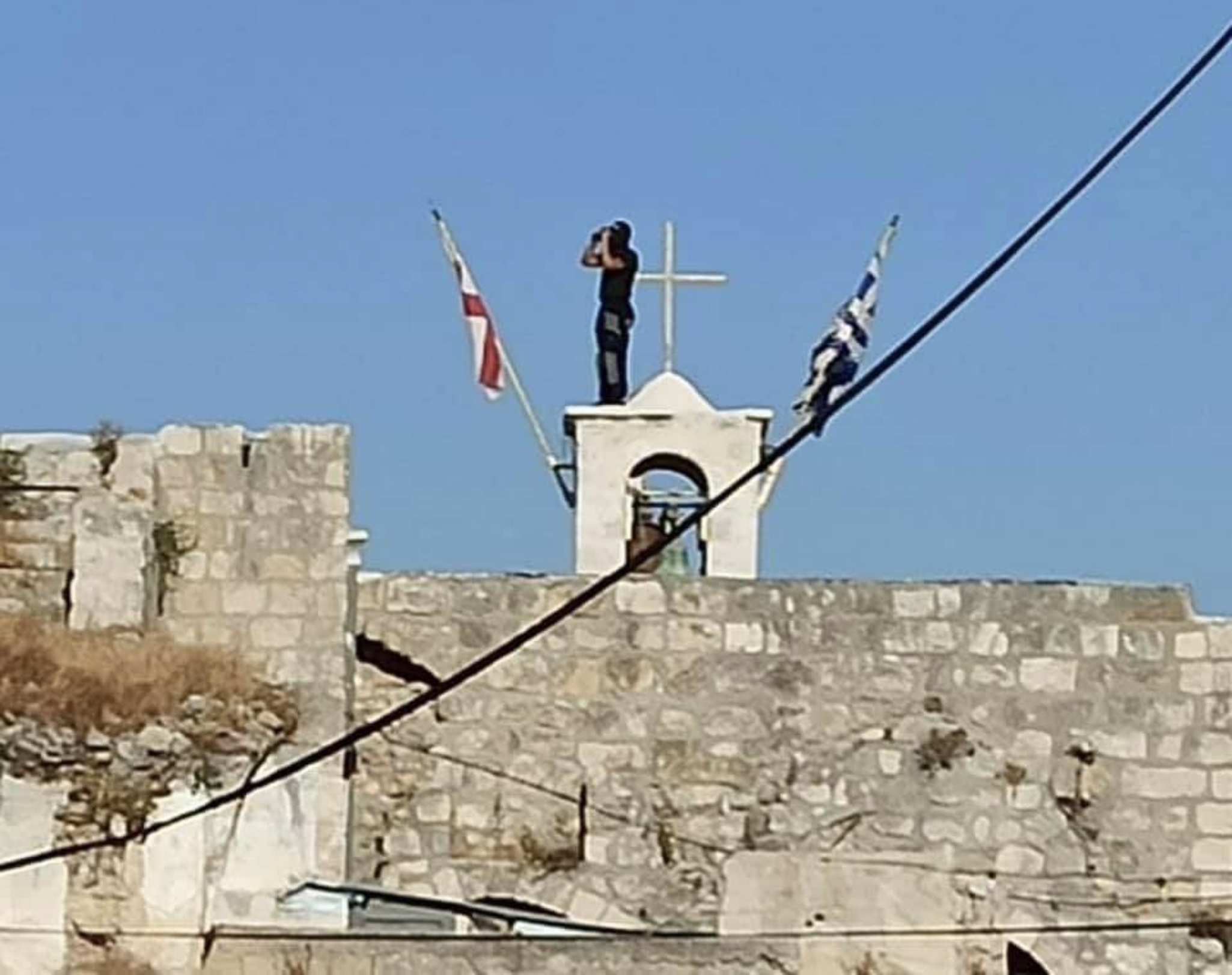 In the city of Lod, a state of emergency has been extended due to civil unrest following demonstrations in support of Palestinian safety in Jerusalem and Gaza.

On Monday morning, Palestinian residents of Lod began a march through the center of the city to demand an end to the violence perpetrated against them by Israeli ultra-nationalist gangs and by the Israeli police.

There have been numerous reports of street violence and vandalism over the past week directed at the Palestinian community in Lod. The city used to be a majority Palestinian town, but is now 70 percent Jewish Israelis and 30 percent predominantly Christian and Muslim Palestinian with Israeli citizenship.

Palestinians with Israeli citizenship face discrimination in housing, judicial and educational sectors, as well as freedom of movement and travel, to name a few.

Shirin al-Hinawi, a 33-year-old Palestinian resident of Lod said her house was set on fire when extremists threw a Molotov cocktail into her yard on Wednesday night. She, like many Palestinians experiencing ethnically motivated violence, said she was saddened by the lack of action by the police to protect her family.

She told a reporter with the New York Times, “We ran out of the house without clothes on. It was burning,” she said. “We are not living in Gaza. I’m an Israeli citizen, and we didn’t do anything,” she said with tears in her eyes.” Her statement alludes to the collective punishment that has historically been perpetrated against Palestinians, most recently this week in the shelling of Gaza by Israel, killing 192 Palestinians, 58 of whom were children and 33 women, 1230 wounded, as of the time of this article.

Israel claims the carpet bombing of Gaza is retribution for 7 small rockets launched from Gaza towards Israeli cities on Monday May 10th, following days of protests for human rights and police brutality In Jerusalem and other nearby cities. 10 people have been killed in as a result of the rockets sent from Gaza.

Lod, previously known as Lydda before the 1948 massacre and expulsion of residents by Zionist militias, has in recent years been referred to as a “mixed” city, the verbiage pointing at the State of Israel’s intention for an ethno-religious majority.

During the last few days, far right Israeli nationalist groups have been traveling to areas where Palestinians are known to live and perpetrating violence against civilians. There is evidence of coordination between these hate groups and police, as per a statement made and recordings published by Adalah, The Legal Center for Arab Minority Rights.

In Lod, a history of discrimination between Israelis and minority Palestinians has created an atmosphere of fear. A photograph on Twitter shows Greek Orthodox youths protecting their church building as reports like the one above of ethnically motivated violence from roaming right wing gangs bring fear to the Palestinians living in the area. Earlier this week, gravestones at a Muslim cemetery were defaced and a synagogue was set on fire, reports Haaretz.

After the synagogue was burned in Lod, Muslim leaders have spoken out and condemned the arson, and called on the Muslim community to help rebuild.

🟢Israeli Arab Muslim Member of Knesset Mansur Abbas visits synagogue that was burned down in Lod.
He says that he met with the Muslim community in the city Mosque and that they wish to participate in renovations and that they oppose vandalism.

In Acre, Uri Buri, a Jewish-owned fish restaurant, was set fire to and some Palestinian residents said they were scared to leave home, as reported by IndiaTimes. In Jaffa, Palestinians were told to stay inside, Haaretz News Agency reports.

Tensions were said to be rising in Kafr Kana after to the arrest this week of Shiekh Kamal al-Khatib. Nine Arab Israelis were injured in demonstrations following the arrest, reported by Haaretz News Agency and  Andalou Agency.

On Sunday, May 16th, two Palestinian youth were shot and injured with live ammunition fired by Israeli extremists in the al-Ashqariyeh neighborhood near Shufa’at refugee camp in occupied Jerusalem, according to witnesses. The youth were transferred to hospital  Reported by WAFA news agency.

In the village of Kafr Manda on May 14th, a town in the northern district, 9.9 km, or 16 miles from Nazareth, an Israeli settler stabbed and injured a 23 year old youth at the entrance to the village, reports EgyptToday News Agency.

Many foreign airlines have canceled their flights to and from Israel due to recent escalation, only a few airlines continue to operate, including Ethiopian airlines, Aegean Airlines and Fly Dubai, according to Haaretz News Agency in an article posted May 16th.

Some Israelis with dual citizenship expressed their desire to leave until things have quieted down and return when they are able.

At Ben Gurion airport on Wednesday, a French-Israeli couple waited to board a plane to Paris a day after their original flight had been cancelled.“[We spend] half the time here [in Israel] and half the time in Paris, so we are going back home,” said the female passenger, 72, who declined to share her name. (Report by The National News Agency).

Greek Orthodox youth protect their church in #Lod as mobs destroy the city.