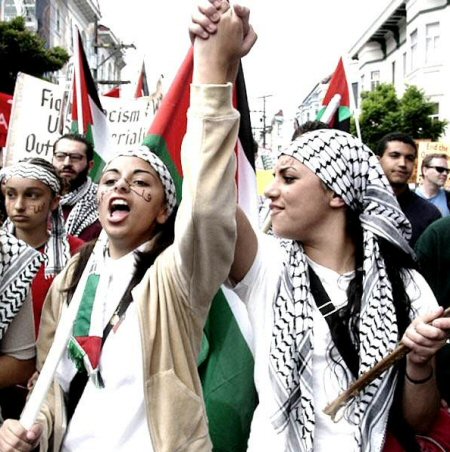 TheĀ discreditedĀ IHRA guidelines deliberatelyĀ conflateĀ hostility to or prejudice or discrimination against Jews on the one hand with legitimate critiques of Israelās policies and system of injustice on the other.

Palestinians last year marked 100 years of the Balfour Declaration, which played a significant role in supporting and entrenching the Zionist colonisation of Palestine. This typically colonial British declaration constituted aĀ declaration of warĀ against our people. It facilitated the birth of the exclusionary state of Israel that maintains aĀ regime of apartheidĀ and systematically oppresses the indigenous Palestinian people, stripping us of our fundamental and UN-recognised rights, including the rights to equality and self- determination and our refugeesā right to return to their homes of origin.

We concur with British Palestinian personalities who haveĀ assertedĀ that:

[A]ny use by public bodies of the IHRA examples on antisemitism that either inhibits discussion relating to our dispossession by ethnic cleansing, when Israel was established, orĀ attempts to silence public discussionsĀ on current or past practices of [Israeli] settler colonialism, apartheid, racism and discrimination, and the ongoing violent military occupation, directly contravenes core rights. First, the inalienable rights of the Palestinian people, who remain protected by international laws and conventions; and second, the rights of all those British citizens who stand by our side, in the solidarity of a common humanity.

We recognise the severe pressure being placed on public bodies in the UK, and globally, to adopt this politicised and fraudulent definition of antisemitism. We would assert that those in the UK have a particular moral, political and arguably legal obligation to atone for historic and current British crimes against the Palestinian people and complicity in maintaining Israelās regime of oppression. We appeal to them to:

1. Ā Ā Ā Ā Consistently uphold the UK Human Rights Act, the UNĀ Declaration on Human Rights DefendersĀ and the right to freedom of expression,Ā including in narrating Palestine’s well-documented colonial history, advocating for Palestinian rights, describing Israel’s regime of oppression as racist or as constituting apartheid, and calling for Boycott, Divestment and Sanctions (BDS) against Israel as nonviolent measures of accountability to bring about its compliance with its obligations under international law and its respect for Palestinian rights.

ā Ā Ā Ā Ā The right to live free of military occupation in the Gaza Strip and the West Bank, including East Jerusalem;

ā Ā Ā Ā Ā The right to full equality for Palestinian citizens of Israel who currently suffer under a system of legalised and institutionalised racial discrimination;

ā Ā Ā Ā Ā The inherent and legally upheld right of Palestine refugees to return to their homes of origin from which they have been ethnically cleansed during the Nakba and ever since.

Adopting the IHRA definition (with its examples) would not only demonise our present struggle for liberation and self-determination. It would also āsilence a public discussion [in the UK] of what happened in Palestine and to the Palestinians in 1948ā, as over 100 Black, Asian and other minority ethnicities (BAME) groups in the UK haveĀ cautioned. It would also chill advocacy for Palestinian rights, including by vilifying and maligning our nonviolent Boycott, Divestment and Sanctions (BDS) movement for Palestinian rights.

Anchored in our own decades-long heritage of popular resistance and inspired by the South African anti-apartheid movement and the US Civil Rights movement, theĀ Nobel Peace Prize-nominatedĀ BDS movement is supported by anĀ overwhelming majorityĀ of Palestinian civil society. It is also endorsed by progressive movements representing millions worldwide, including a fast-rising number of Jewish millennials.

BDSĀ is rootedĀ in the Universal Declaration of Human Rights andĀ adheresĀ to theĀ UN definition of racial discrimination. It therefore ādoes not tolerate any act or discourse which adopts or promotes, among others, anti-Black racism, anti-Arab racism, Islamophobia, anti-Semitism, sexism, xenophobia, or homophobiaā.

Redefining racism against a particular community to serve the political goal of precluding or vilifying the struggle against other forms of racism is immoral and outright racist. It should be condemned by all morally-consistent progressives.

Israelās utter failure to suppress the impressive growth of BDS across the world in the last few years has prompted it to redefine antisemitism to desperately malign our strictlyĀ anti-racistĀ movement.

As leadingĀ Jewish British intellectuals and legal expertsĀ have stated:

We agree with the analysis of more thanĀ forty Jewish social justice organisationsĀ worldwide that we live in āa frightening era, with growing numbers of authoritarian and xenophobic regimes worldwide, foremost among them the Trump administration, allying themselves with Israelās far right government while making common cause with deeply antisemitic and racist white supremacist groups and partiesā.

We also echo their appeal:

We urge our governments, municipalities, universities and other institutions to reject the IHRA definition and instead take effective measures to defeat white supremacist nationalist hate and violence and to end complicity in Israelās human rights violations.

We need no oneās permission to accurately narrate our history, defend our inherent and inalienable rights, or mobilise principled international solidarity with our struggle to achieve them.

But we expect social-justice oriented political parties, like Labour, and progressive trade unions to effectively contribute to ending British complicity in Israelās system of oppression that denies us our rights, to protect the right to freedom of expression, and to stand on the right side of history. We expect them to help us in the struggle against apartheid and for equal rights of all humans irrespective of identity. Is this too much to expect?