Statement: “The Lie Of Amona Eviction” 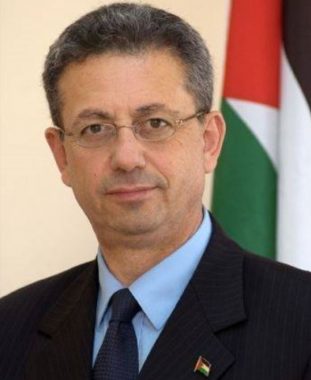 This is a translation of a statement posted by Dr. Mustafa Barghouthi, the secretary-general of the Palestinian National Initiative, regarding the “eviction of Amona illegal Israeli colony.” At the same time as the eviction, Israel approved thousands of new units for illegal colonizers, living on stolen Palestinian land.

“The Lie Of Amona Eviction”
By Dr. Mustafa Barghouthi

The removal of Amona Israeli colony is nothing but a massive lie, a show meant to deceive the media, organized by Benjamin Netanyahu and his government, to provide a cover-up for the massive colonial expansion across the occupied West Bank.

This expansion has included, at the time of this article, the approval of 8000 new units. But the number is likely much larger, and is likely to reach more than 10,000, just in the time it took to write this article.

Since Trump became the president of the United States, Israel’s colonial activities in the occupied West Bank, including Jerusalem, have reached a seriously insane level of escalation that was never seen before.

This is accompanied by new “laws” authorizing the annexation of privately-owned Palestinian lands for the illegal construction and expansion of colonies, and to whitewash 120 new illegal colonial outposts, in addition to many laws that legalize the annexation of parts of the West Bank, exactly as Israel did with Jerusalem.

Moving Amona colony does not mean granting legal status to the new Amona, or any colony, as they all violate International Law, and must all be labeled as war crimes.

The one thing that this show of evicting Amona was able to show clearly, is the Israeli apartheid system; when you compare the kindness and patience shown by the Israeli Police and soldiers dealing with the colonial criminals who stole the Palestinian land to construct Amona with the killing, excessive use of force, and brutal violence against the Palestinians living on their own lands in Um al-Hiran, in the Negev, and even against Palestinian Members of Knesset.

Apartheid in the Afrikaaner language means having two sets of laws for two groups of people living on the same land; this is the apartheid regime the Palestinians face, not only in the West Bank and the Gaza Strip, but also in Akka, Jaffa, Haifa, the Negev and every part of historic Palestine.

This apartheid regime was successful in combining displacement with the longest ethnic cleansing in recent history; it is a system that infiltrates and impacts every part of the lives of the Palestinian people.

This is a regime that must be removed so that the people can achieve freedom, dignity, justice and equality.

It will only be removed by resisting it, by changing the balance of power towards our cause, by the unshakable belief in our abilities and dreams, and by overcoming those who try to keep us desperate, or try to convince us in the theory of “we cannot achieve better what we have.”

Once again I tell you, wake up, the fire has reached the house of every one of us.