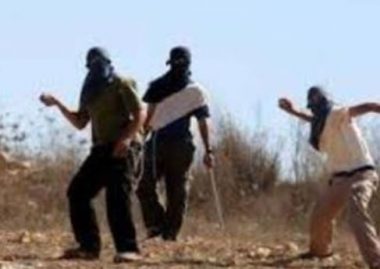 Ghassan Daghlas, a Palestinian official in charge of Israeli Settlements file at the Palestinian Authority in the northern part of the West Bank, said the colonists assaulted Salim Salaima, from Huwwara town, causing cuts and bruises.

Daghlas added that the illegal colonists tried to invade Huwwara, south of Nablus, from its western road, but many Palestinians intercepted them.

The colonist then hurled stones at many cars, parked in the area, causing damage, and fled the scene.