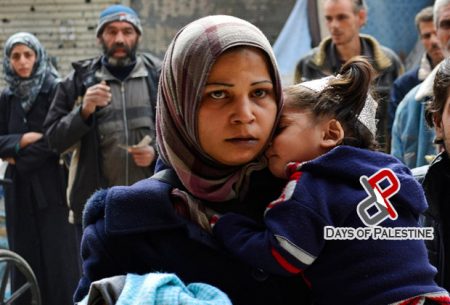 Around 1,183 Palestinians have gone missing in Syria since the start of the campaign to oust Bashar al-Assad, a report said.

In a report released on Monday, the Task Group for Palestinians in Syria said that the real number is far beyond 1,183 cases of disappearances among Palestinian refugees in Syria due to the lack of official statistics.

Days of Palestine reports that the government in Damascus should be monitoring and reporting on the phenomenon. Furthermore, said the organisation, many families do not provide information about enforced disappearances, fearing a violent backlash by the Syrian regime.

Meanwhile, the Task Group renewed its call for the regime to free all of the victims of enforced disappearance and release information about the hundreds of Palestinian prisoners inside its jails.

It said that the fate of these prisoners inside Syrian prisons is unknown and nobody knows much, if anything, about them or their conditions. “This is a full war crime,” the organisation alleged.

The Task Group said that it had monitored hundreds of kidnappings at regime checkpoints, during inspection campaigns and raids in towns and villages around the country, as well as arbitrary arrest campaigns.

“In many cases, the families do not know anything about their kidnapped sons,” the Task Group said, “but they sometimes receive phone calls telling them to collect their bodies from military or government hospitals.”