Three Palestinian Families Forced to Demolish Their Homes in Jerusalem 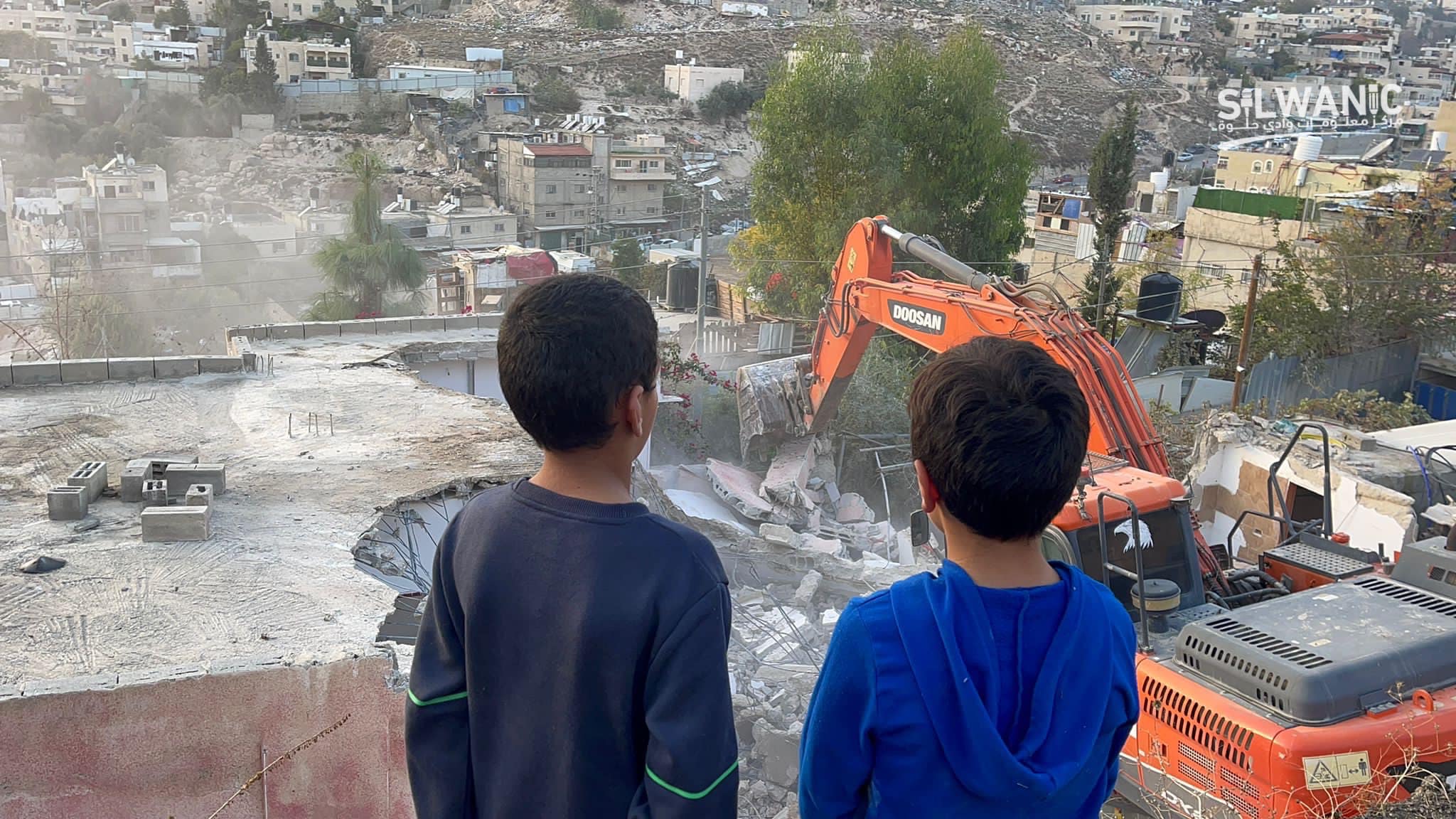 Palestinian families, on Saturday, were forced by the Israeli authorities to demolish their own homes in the occupied East Jerusalem neighborhood of Silwan, the Palestinian News & Information Agency (WAFA) reported.

The Israeli municipality ordered the destruction of three Palestinian-owned apartments in the Wadi Qaddum quarter of Silwan under the pretext of unlicensed construction, leaving three families consisting of twenty members, homeless.

The Palestinian Nassar family were forced to demolish three apartments in Silwan town to avoid paying excessive fines and demolition fees to the occupation authorities if the Israeli municipality crews carried out the demolition.

Jawad Nassar, his brother and his nephew razed the three apartments which were home to a total of twenty people, with heavy machinery at their own expense, according to WAFA correspondent.

Any destruction by the Occupying Power of real or personal property belonging individually or collectively to private persons, or to the State, or to other public authorities, or to social or cooperative organizations, is prohibited, except where such destruction is rendered absolutely necessary by military operations.