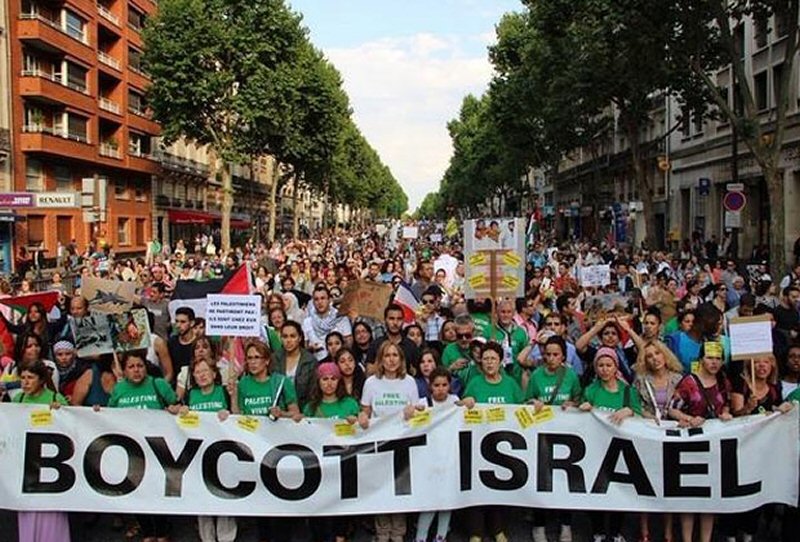 by Mahmoud el-Yousseph, Days of Palestine

About 12 million Palestinians scattered all over the world constitute a reason for, not only boycotting Israel, but pushing it out of Palestine.

There are 12 million Palestinians in the world. Half of them are refugees living in camps and in exile. They are not allowed to return back to their homes or their property. However, under the 1950 Israeli discriminatory “Law of Return,” which grants every Jew, wherever he or she resides, automatic Israeli citizenship, if desired, at the expense of Palestinian refugees who have lived on the land for generations, including my late parents.

But, the Law of Return does not give the same right to the Palestinians who were forced by Israel to leave their homes and property in the 1948 and 1967 wars. Regrettably, Israel-firsters in the US Congress blame Palestinians, and are now advocating to cut most US humanitarian aid to the Palestinian Authority (PA) until it stops providing financial assistance to widows and children of those killed or imprisoned by Israeli forces.

US Congress should first demand, of Israel, to respect and comply with UN Security Council Resolution 164 and 242, which gave Israel a seat at the UN on the condition that it allow refugees the right of return, and ordered Israel to withdraw from occupied Arab land, allow the Palestinian refugees to return to their homes, and pay compensation for those who do not wish to return. The fact is, the US frequently blocks any international attempt to force Israel to obey international law, thus encouraging Israel to further defy UN resolutions.

Prior to 1948, when Jews were persecuted in Europe, Palestinians welcomed them in as warmly as Israel now coldly denies Palestinian refugees the right to return home. The Israeli army and illegal Jewish settlers have been abusing and killing Palestinian for 70 years with impunity, because they know that they will not be held accountable for their actions no matter what the result is. They know the US will never cut aid to them if they murder Palestinians. Shamefully, we did not have either heard a peep from the Jewish lobby and or of US public officials, even when the victims were United States citizens or Palestinian Americans like Rachel Corrie, Furkan Dogan, Mahmoud Shaalan, Abdulrahman Barghouti and 14-year-old Orwah Hamad of New Orleans, who was shot through the neck and head.

I have read the book of Torah, where it says: “Judaism stands on three legs: peace, freedom and justice.” That said, I believe Israel is neither democratic nor Jewish. It is simply an evil and terrorist caliphate just like ISIS, that constitutes a danger to itself and to the rest of the world. The 12 million Palestinians living under siege in Gaza, under occupation in the West Bank, as second class-citizens living inside Israel and those in camps, and diaspora constitutes 12 million reasons to boycott Israel.

Mahmoud El-Yousseph is a Retired USAF Veteran from Westerville, Ohio.