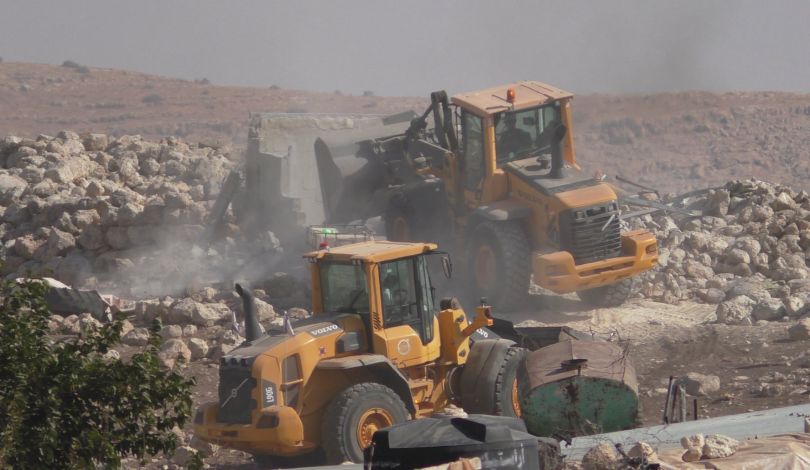 In a press statement, local activist Aref Daraghmeh said, that the Israeli soldiers invaded “Khirbet Yerza”, and demolished two homes belonging to two brothers, Rami and Hafez Masaid, under the pretext that it was built on an ‘archaeological area’.

Palestinian WAFA News correspondent reported that a large group of Israeli forces, accompanied by military bulldozers, isolated the area and proceeded to destroy two residential rooms, forcing the displacement of the inhabitants.

He added that the Israeli troops denied journalists access to film the scene, and confiscated a Palestine TV broadcasting van.

In related news, the Israeli occupation authorities, on Sunday, imposed a stop work order against an under construction water line in Atouf village, in the northern Jordan Valley, according to a local official.

Abdullah Bisharat, the head of Atouf village council, told WAFA that the villagers were extending a water line for agricultural irrigation, when the Israeli forces ordered them to cease work, detained four of the workers, and confiscated work equipment, including a vehicle.