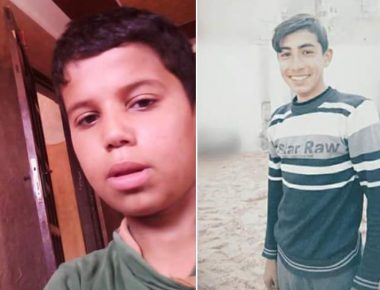 The Palestinian Health Ministry has reported, Saturday, that two teenagers were killed, and eight other residents were injured, three seriously, in an explosion in a home in the Sheja’eyya neighborhood, in Gaza city.

The Health Ministry said the deceased Palestinian teens have been identified as Moayyad Hayyed Hallas, 17, and Majed Dia’ al-‘Ar’ir, 17. The property is owned by Sami al-‘Ar’ir.

The eight wounded Palestinians were rushed to the Shifa Medical Center, in Gaza city.

The Palestinian police rushed to the scene and initiated an investigation into the incident.

Initial reports indicate that the explosion took place in a home where fireworks were illegally manufactured.