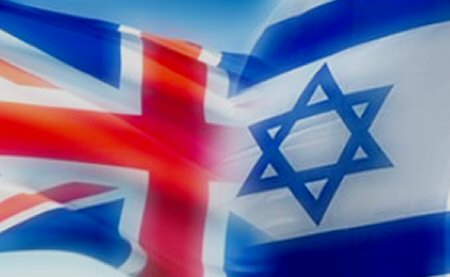 A total of 84 British black, Asian and minority ethnic (BAME) organizations came out strong, last week, on attempts in the United Kingdom to silence discourse on Palestine, particularly those critical of Israel and its racist policies against Palestinians.

The letter, published in the Independent, criticized recent attempts by the Labor Party to adopt the 2016 International Holocaust Remembrance Alliance (IHRA) guidelines, which equates criticism of Israel with anti-Semitism in an effort to delegitimize any pro-Palestinian activity or public criticism of Israel.

“We are deeply worried about current attempts to silence a public discussion of what happened in Palestine and to the Palestinians in 1948, when the majority of its people were forcibly expelled,” said the BAME letter. “These facts are well established and accessible, are part of the British historical record, as well as the direct experience of the Palestinian people themselves. The Palestinian community in the UK has raised the disturbing absence of key information about these past and current injustices, and highlighted the racism it exposes then and now.”

It added, according to WAFA: “Public discussion of these facts, and a description of these injustices, would be prohibited under the IHRA’s guidelines, and therefore withholds vital knowledge from the public. This silencing has already begun. Today we can freely describe the racist policies experienced in the era of British and European colonialism in our countries of origin (indeed it is taught in British schools), but the colonial history of the Palestinians is continually erased. This is a dangerous breach of our own rights, and of the wider British public: we must all hear the full story of the Palestinians in order to make sense of the current discussions about racism and Israel.”

BAME said that, while anti-Israel groups are being silenced, right-wing groups that openly advocate hate of Palestinians and Muslims in general are getting funding and support without any problem.

“We also know of the efforts by organizations – including UK-based fundamentalist groups aligned with the far-right in the US – to deny Palestinians’ basic humanity by suppressing their entire history and current plight,” it said “At the same time, hardline conservative groups in the US, such as the Middle East Forum, are providing funding and support to anti-Muslim extremist Stephen Yaxley-Lennon (aka Tommy Robinson), deliberately increasing hatred, fear, and confusion. These coordinated efforts by right-wing extremists are being actively encouraged by President Trump’s racism and fear-mongering, which is now aimed at dismantling UNRWA, the UN agency that protects Palestinian refugees.”

BAME concluded by reminding “politicians and public bodies of their responsibilities to uphold the principles of the Human Rights Act for every British citizen and resident in the UK equally, especially the direct victims of colonialism, racism, and discrimination. As migrant and BAME communities we stand as one, united against all attempts to suppress our voices and our calls for justice, freedom and equality.”