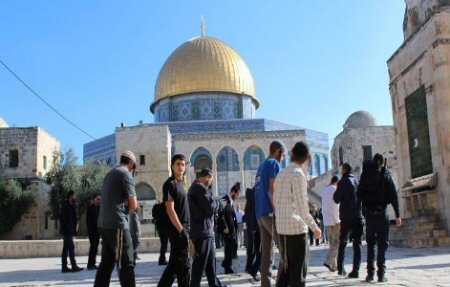 “I call on all to refrain from provocations that could escalate tensions in and around Jerusalem’s holy sites,” Mladenov said following a visit to the holy compound and meeting with the director of Jerusalem Waqf Department, Sheikh Azzam al-Khatib, during which they discussed recent developments, a number of much delayed renovation works and the need to uphold the status quo.

“It is important that the status quo be upheld in line with the important and special role of the Hashemite Kingdom of Jordan and the historical role of King Abdullah II, as custodian of the Muslim and Christian holy sites in Jerusalem,” he said according to a statement issued by Mladenov’s office.

“Jordan plays a crucial role in maintaining regional stability and is a vital partner for the United Nations in our common efforts towards peace on the basis of a two-state solution between Israel and Palestine that is in line with relevant United Nations resolutions and international law,” he added.

The visit came following an escalation in provocative visits by Jewish extremists to Al-Aqsa, Islam’s third holiest site, and Israeli attempts to change the status quo at the holy site, grounds for an outbreak of violence.