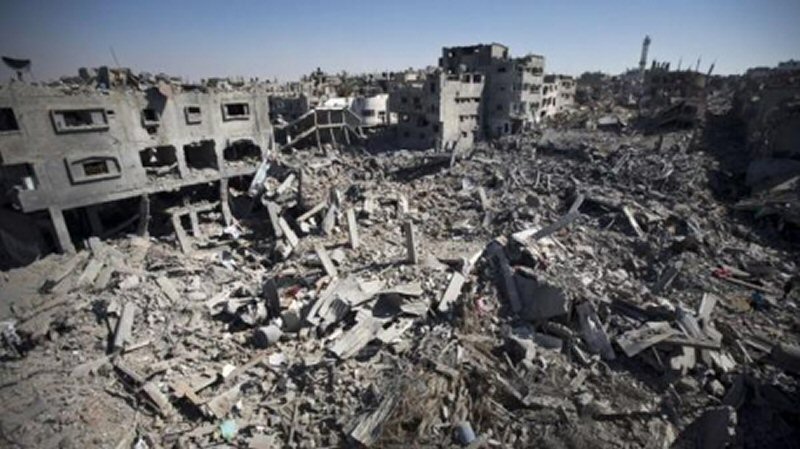 nsnbc : A report compiled by the UN Special Coordinator for the Middle East peace process (UNSCO), published on Friday, stresses that the lack of a political process to end the Israeli – Palestinian conflict continues to be the single-largest impediment to Palestinian development. The report also notes that an escalation of hostilities could completely break down service delivery in Gaza.

The lack of a political process to end the Israeli-Palestinian conflict continues to be the single largest impediment to Palestinian development, and an escalation in hostilities could completely break down service delivery in Gaza, a United Nations report said Friday.

The report notes that the political, humanitarian and economic developments of the past six months, underscore the urgent need for a resumption of meaningful negotiations between Israel and Palestine. UNSCO claims that only a negotiated two-state solution, based on internationally recognized and agreed principles, and as enshrined in relevant UN Security Council resolutions, can bring lasting peace.

“The UN and partners will continue to highlight the key concerns and areas for intervention, but the parties need to make the difficult choices and compromises to achieve a long overdue resolution to this conflict,” said the report compiled by the office of the UN Special Coordinator for the Middle East Peace Process (UNSCO).

UNSCO notes that while the reporting period witnessed new opportunities, through Egyptian mediation, to return Gaza under the control of the Palestinian Authority (PA), this process has yet to bring economic, humanitarian and social relief to the people of Gaza. On the contrary, the humanitarian crisis in the Strip has only deepened amidst increasingly complicated electricity, water and public health concerns, and an uncertain political future, states the report.

UNSCO also stressed that at the same time, the United States (US) decision to recognize Jerusalem as Israel’s capital and subsequent withholding of funding from the United Nations Relief and Works Agency (UNRWA) have increased the levels of anxiety on the ground. The latter has also raised concerns over the international community’s ability to effectively deal with the deteriorating humanitarian situation. The report did not mention the legal implications of the United States’ move and, arguably, the illegality of the move and the conflict potential released by Washington’s recognition of Jerusalem as Israel’s capital.

While levels of violence in the West Bank and Gaza over the period remained relatively low, UNSCO notes, the spike in incidents over the past three months and deteriorating humanitarian conditions remind us of the potential for escalation. The period saw continued construction and expansion of illegal Israeli settlements in the West Bank, including East Jerusalem. It also witnessed further violations of human rights by all sides. The overall picture remains deeply worrying as hope continues to diminish for a political resolution to the conflict.

Once again, states UNSCO, it is necessary to focus our collective attention on Gaza as it continues to present the greatest risk of escalation alongside an acute humanitarian crisis with the potential for a complete breakdown in service delivery. UNRWA services and other United Nations (UN) assistance in the form of donor-funded emergency fuel for critical infrastructure, as well as fuel purchased from Egypt, provides a critical lifeline for Gaza’s health, sewage and water treatment facilities.

To properly address the issues, states UNSCO, a concerted and multi-tiered approach by the PA, Israel and the international community is required. First and foremost, we must tend to the humanitarian crisis which means ensuring that hospitals and health clinics function, essential drugs are available, sewage and water treatment is provided and the electricity situation is immediately improved, states the agency.

Second, said UNSCO, increased efforts are needed to finalize the reconstruction of physical damages from the 2014 conflict, and simultaneously to revive Gaza’s moribund economy, and revitalize its productive sectors. Third, in order to ensure that the Strip remains livable, the longer-term infrastructure projects underway to help meet current and future electricity needs and provide sewage treatment and clean drinking water, must move forward. Only by linking these three layers of intervention can we ensure a sustainable future for Gaza.

In addition to the commitment of the PA, Israel, and the international community, the success of these efforts, also requires a changed political reality. This means the resumption by the PA of its full responsibilities for the people, governance and infrastructure of Gaza, said UNSCO. Without recognizing Palestinians (including Hamas) right to resistance against a foreign, occupying military power, UNSCO states that Hamas must cease its military build-up, including the construction of tunnels and the firing of rockets towards Israel, while Israel’s closure regime must fundamentally change to allow for the recovery and development of the Strip through movement and access of people and goods. UNSCO also failed to mention the principle of proportionality in “the military build-up”.