UN Secretary-General: Ending Occupation the ‘Only Way’ to Achieve Peace 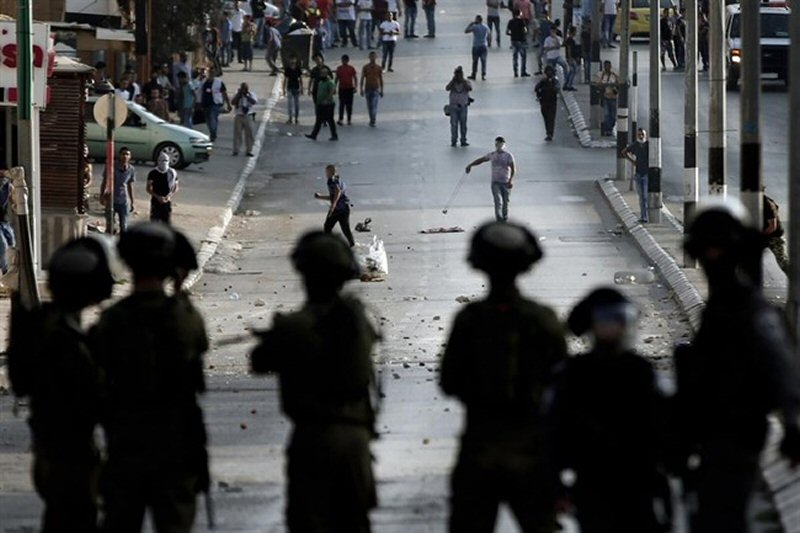 On the occasion of a United Nations forum, UN Secretary-General Antonio Guterres called, on Thursday, for an end to the half-century Israeli occupation of the West Bank, East Jerusalem, Gaza and the Golan Heights as the “only way to achieve the inalienable rights of the Palestinian people.”

In a statement transmitted during the two-day forum entitled “Ending the occupation: The path to independence, justice, and peace for Palestine,” Guterres called for direct negotiations to achieve a two-state solution to the Israeli-Palestinian conflict in accordance with international law.

Highlighting the severe humanitarian toll the occupation has taken on Palestinians, Guterres lamented the fact that “generations of Palestinians have grown up in crowded refugee camps, many in abject poverty, and with little or no prospect of a better life for their children.”

According to Ma’an News Agency, UN Deputy Secretary-General Amina Muhammad, who attended the forum, also denounced the impact of the international community’s inaction on Palestinians.

“I understand the deep sense of despair of the Palestinian people,” she said. “For far too long, the international community has failed to find a just and lasting solution to their displacement.”

“The lives of generations of Palestinians and Israelis have been confined by a conflict that has shaped the physical and human landscape with (Israeli) concrete walls, checkpoints, and watchtowers, all under a heavy atmosphere of fear, mutual distrust and despair,” Muhammad added.

“Some think that the situation can be managed. They are all wrong. It must be resolved,” she stressed, reiterating the UN’s position that only a two-state solution could successfully end the conflict.

While the Palestinian Authority (PA) and the international community do not recognize the legality of the occupation of East Jerusalem, Gaza, and the West Bank since 1967, many Palestinians consider that all historic Palestine has been occupied since the creation of the state of Israel in 1948.

Guterres added, in his statement, that a resolution to the Israeli-Palestinian conflict would provide one less pretext for violence and extremism in the Middle East, and would “open the doors to cooperation, security, prosperity and human rights for all.”

The forum, which brought together a number of Israeli and Palestinian officials, as well as civil society representatives, sparked outrage among Israelis over comments made by Palestine Liberation Organization (PLO) Secretary-General Saeb Erekat.

Responding to a question by a Jerusalem Post journalist over official Israeli allegations that some of the Palestinian NGOs present at the forum — including al-Haq and the Al Mezan Center for Human Rights — had coordinated with the Hamas movement and the Popular Front for the Liberation of Palestine (PFLP), Erekat said that the two political movements “are not terrorist organizations.”

The PFLP and Hamas are considered terrorist organizations by the United States, Canada, the European Union and Israel, despite their popularity among Palestinians as resistance movements against the occupation.

Hamas’ position as the de facto ruling party in the Gaza Strip has also made it difficult for organizations based in the besieged coastal enclave, such as Al Mezan, to avoid interacting with the movement.

“We are a people who strive to achieve our independence, and our choice in the PLO is to achieve peace peacefully through negotiations,” The Jerusalem Post quoted Erekat as saying.
Erekat went on to slam Israeli Prime Minister Benjamin Netanyahu for making the implementation of a possible two-state solution impossible, notably through Israel’s continuous expansion of illegal settlements across the occupied Palestinian territory.

“The Israeli government headed by Mr. Benjamin Netanyahu is trying to replace the two-state solution with one state, two systems: apartheid. Ignoring facts does not mean they don’t exist,” Erekat said. “(Netanyahu) says: ‘I will demolish your home, I will build more settlements, I will humiliate you, but you have to wake up in the morning and pray to God and thank him that you are under our occupation.’”

While the PA and members of the international community have rested the solution to the Israeli-Palestinian conflict on the discontinuation of illegal Israeli settlements and the establishment of a two-state solution, Israeli leaders have instead shifted further to the right, with more than 50 percent of the ministers in the current Israeli government publicly stating their opposition to a Palestinian state.

A growing number of pro-Palestinian activists have also criticized a two-state solution to the Israeli-Palestinian conflict — establishing a Palestinian state along 1967 lines with East Jerusalem as its capital — as unsustainable and unlikely to bring durable peace given the existing political context, proposing instead a binational state with equal rights for Israelis and Palestinians.