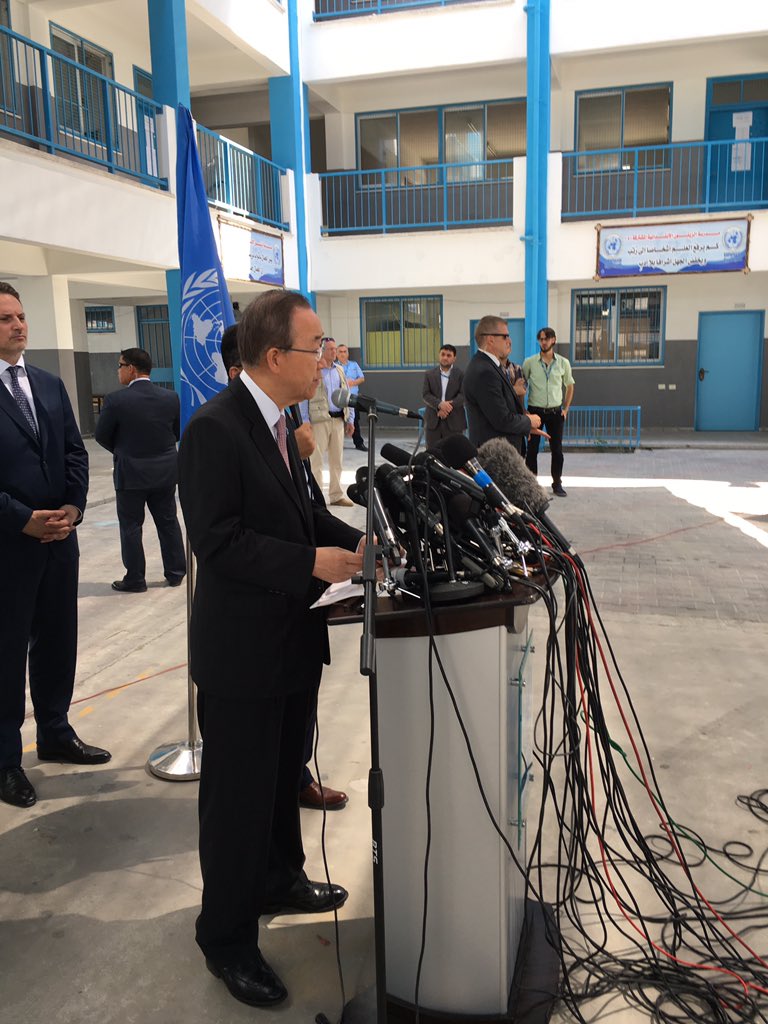 The United Nations Secretary-General Ban ki-Moon traveled to Gaza Monday, following a meeting with the Israeli President in Tel Aviv.

He did, however, point to the illegality of the Israeli military occupation that has lasted nearly fifty years. He said that the occupation “has had a devastating impact on Palestinian lives, undermining the belief in a peaceful resolution to this conflict. It also has not brought security for Israelis.”

In Gaza, he told a group of reporters and dignitaries, “The UN stands with the people of Gaza.” He also stated, “Refugees are people, just like you and me.”

Ban’s visit to Israel and Palestine occurred on the same day that Israel and Turkey negotiated an end to their six years of reduced trade and cooperation. The Turkish government cut off relations with Israel following an Israeli raid on a Turkish ship carrying aid to Gaza, in which nine Turkish aid workers were killed.

The negotiated agreement includes the launching of a Turkish aid ship to Gaza – the first foreign vessel of any kind to be allowed to travel to Gaza since Israel imposed the siege six years ago.

In an op-ed published in the Huffington Post regarding Ban ki-Moon’s visit, former Israeli Ambassador to the United Nations Ron Prosor railed against the United Nations for his perception that the international organization is somehow biased against Israel. He compared Ban to the warden at a mental institution in which, “the inmates have taken over the asylum and the warden has been glad to give them the keys.”

But Prosor gave little evidence to support his theory that the United Nations unfairly criticizes Israel or holds it to a different standard than any other country.