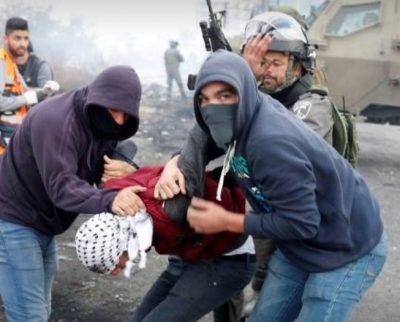 Local sources said, plain-clothes soldiers abducted Razza, a former detainee, after they ambushed him when he was in Huwara town, south of Nablus, in the northern occupied West Bank.