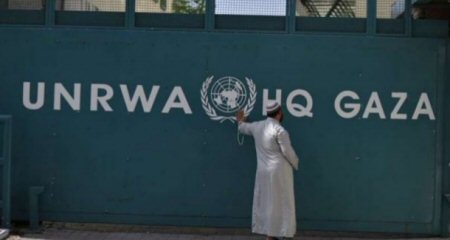 The United Nations Relief and Works Agency for Palestine Refugees in the Near East (UNRWA), today, decided to temporarily withdraw part of its international staff from Gaza, following a series of worrying security incidents affecting its personnel in the Strip.

According to a press statement from UNRWA, the Director of Operations and other international staff will remain, and UNRWA operations will continue in Gaza.

Earlier today, a number of staff were harassed and prevented from carrying out their duties by individuals protesting recent measures resulting from UNRWA’s challenging financial situation in particular in relation to the Emergency Appeal for the occupied Palestinian territory. Some of these actions have specifically targeted the UNRWA management in Gaza.

This comes after weeks of protests, repeated incidents affecting international and national staff and takes place despite serious UNRWA efforts to engage authorities in an attempt to ensure proper security is afforded to its staff.

UNRWA called upon the local authorities in Gaza to respond to its repeated demands to provide effective protection to its employees and facilities.

The lack of effective security and safety risk impacting vital humanitarian services to more than 1.3 million refugees in Gaza, according to the PNN.