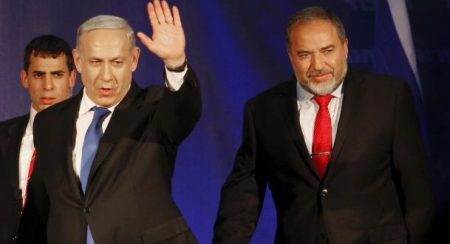 The Palestinian Information Center (PIC) reported, on Wednesday, that Palestinian and Jewish activists have filed a lawsuit with a US court against Israeli Prime Minister Benjamin Netanyahu and other Israeli officials over war crimes committed against Palestinian citizens.

US President Donald Trump’s ambassador-designate to Israel, David Friedman and his charity, American Friends of Beit El Yeshiva Center, are also mentioned in the lawsuit as being a major fundraiser for illegal Israeli settlements.

Noted attorney in Washington, Martin McMahon, prepared the lawsuit and has filed three other lawsuits which are currently being presented before US courts, and aim to cut off the stream of funding from the US to Israeli colonialism.

Two weeks ago, former Israeli Foreign Minister Tzipi Livni, cancelled her trip to Belgium over threats of arrest over war crimes in Gaza.

This came after a group of victims filed a complaint in Belgium with the Federal Prosecutor against Israeli military officials, at the time, including Livni, for war crimes and crimes against humanity committed in the Gaza Strip.