US “Critical” of Netanyahu’s Remarks on Israeli Settlements 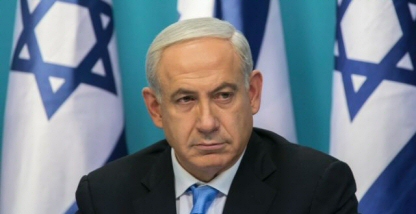 The United States strongly criticized, on Friday, statements by Israeli Prime Minister Benjamin Netanyahu in which he described Palestinians not wanting settlers in their future state as “ethnic cleansing.”

Netanyahu was seen, according to WAFA correspondence, in a video circulated on social media, saying: “The Palestinian leadership actually demands a Palestinian state with one pre-condition: No Jews. There’s a phrase for that: It’s called ethnic cleansing.”

He also described this demand as “outrageous,” and said that what is even more outrageous that the world does not find it outrageous and that some enlightened countries, hinting at the US, even promote this outrage.

Responding to a question on this issue, US State Department spokeswoman Elizabeth Trudeau described, in a briefing in Washington, Netanyahu’s words as “inappropriate and unhelpful.”

“We obviously strongly disagree with the characterization that those who oppose settlement activity or view it as an obstacle to peace are somehow calling for ethnic cleansing of Jews from the West Bank,” she said. “We believe that using that type of terminology is inappropriate and unhelpful.”

Trudeau said that the current administration “share the view of every past U.S. administration and the strong consensus of the international community that ongoing settlement activity is an obstacle to peace.”

She also said that, while settlements are a final status issue, that it must be resolved in negotiations between the parties, Israel, nevertheless, has built and legalized thousands of settlement units this year, in the occupied Palestinian territories.

“We have repeatedly expressed our strong concerns that trends on the ground continue to move in the opposite direction,” she said.

“The undisputed fact is that already this year, thousands of settlement units have been advanced for Israelis in the West Bank, illegal outposts and unauthorized settlement units have been retroactively legalized, more West Bank land has been seized for exclusive Israeli use, and there has been a dramatic escalation of demolitions resulting in over 700 Palestinian structures destroyed, displacing more than 1,000 Palestinians. As we’ve said many times before, this does raise real questions about Israel’s long-term intentions in the West Bank.”

The Palestinian Authority is mulling asking the United Nations Security Council to take strong action against Israeli settlement expansion in the occupied territories, which the Palestinians say is eating away land from their future state deeming it unattainable.

While the Palestinians claim to have 14 Security Council members ready to support a resolution, to that effect and proposed to be submitted this month, they expressed fear that the US will most likely veto it.