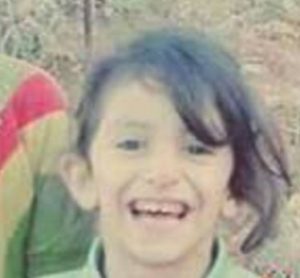 Palestinian medical sources said that a child, six years of age, was killed on Saturday evening, after being rammed by a speeding Israeli colonist’s car in Um Rokba area, in the al-Khader town, south of the West Bank city of Bethlehem. She was identified as Lama Marwan Mousa.

Israeli medics were called to the scene, as the road is under Israeli control, and tried to revive the child, but she died from her wounds while being moved to a hospital.

Eyewitnesses said the child was struck by the car while trying to cross the road, right next to her family’s home.

Israeli sources said that the driver later turned himself in to the police, and claimed that what happened was just a traffic accident. Following her death, the child’s body was turned over to Palestinian medics in the Nashash area, before being transferred to Beit Jala governmental hospital.

The Israeli army also said that a settler was injured, near al-Khader, when some Palestinian youngsters hurled stones at his car, after the child was killed.

Many Palestinians suffered the severe effects of tear gas inhalation, after the soldiers fired gas bombs at a number of homes in Um Rokba area, in al-Khader.

On Friday, Israeli soldiers shot and killed a Palestinian teen east of the al-Boreij refugee camp, in central Gaza.