At the end of January, the occupation barred international ‘observer’ groups from Al-Khalil (Hebron), who were stationed throughout the city for more than 20 years, following the massacre of 29 Palestinians inside Ibrahimi mosque in 1994 by a fanatical Israeli terrorist. Illegal settlers, many of whom proudly celebrate this massacre, are becoming increasingly empowered; effectively given free reign to attack and intimidate Palestinians, facilitated by the occupation soldiers who protect them as they run riot throughout the city.

Last week, hundreds of settlers were bused in from their fortified colonies, roaming the streets laying siege to Palestinian houses, bombarding them with bottles and stones. Families were gravely threatened that if they don’t vacate their homes, they would meet the same fate as the Dawabshas’ who were horrifically murdered by settlers in their home near Nablus. In 2015, Israeli settlers infiltrated the village of Douma, under cover of darkness, to firebomb the Dawabshas’ home, where the family of four were asleep in their beds. The father Saad, mother Reham, and 18-month-old Ali were burned alive, while 4-year old Ahmad suffered from 3rd degree burns over most of his body.

In this ‘organized demonstration’, a mob of settlers marched along Shuhada Street, chanting racist anti-arab slogans, before descending upon Palestinians homes and climbing onto rooftops. Terrifying shrieks for help could be heard as the settlers attempted to force themselves through the front and back entrances of houses, with families stacking furniture behind the doors to barricade themselves inside. At the same time, dozens of occupation soldiers, dressed as though they were entering a war zone, surrounded local and international activists who were attempting to reach the families – detaining them under orders to prevent them from leaving. Eventually, in the distance we could see the frenzied mob ushered back into buses and chauffeured by police escort, only for the sake of the military who feared the repercussions should any settlers get hurt. 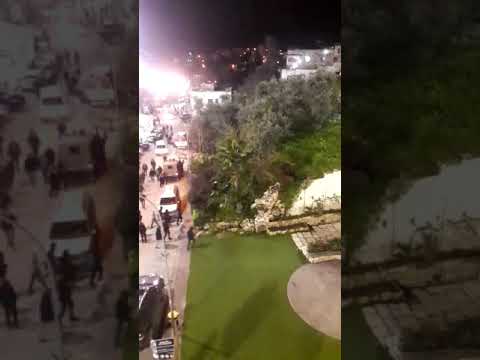 Palestinians in Al-Khalil are deeply concerned that the expulsion of international observer groups, authorized to operate for the past 20 years, will further galvanize settlers, who make no secrets about their intention to expel Palestinians through violence and intimidation, in order to occupy the entire city. In spite of this however, the communities in Khalil are mobilizing to prepare for the new conditions on the ground. Today, in the primary-school on Shuhada Street, Rana* the principal organized a meeting, gathering more than forty mothers among local and international activists, to discuss strategies to protect the community from future attacks. Particularly the morning and afternoon ‘school runs’, where settlers swoop on Palestinians traveling and returning from school and work; regularly harassing and hurling abuse, driving up and down the road, accelerating through puddles when children walk past. Sometimes they accelerate directly towards the children. Residents have already begun an accompaniment system, while others including the Hebron Defense Committee are positioning themselves on rooftops daily to scout and record.

The illegal settlers and their heinous tactics of intimidation are a vulgar extension of the occupations intent to colonize the entire city. Talking with the principal from a school down the road, he spoke of his kindergarten students who are subject to bag and body searches as they pass through checkpoints each day. Teachers who stand waiting more than an hour as collective punishment for a few stones thrown on the roof of the armored mini-fort the night before. Hundreds of tear-gas canisters collected in and around the schoolyard from illegal invasions made by the occupation soldiers, as they kidnap children accused of throwing stones. Concussion grenades thundering before the first bell. Tear-gas wafting through the classroom before lunch.. 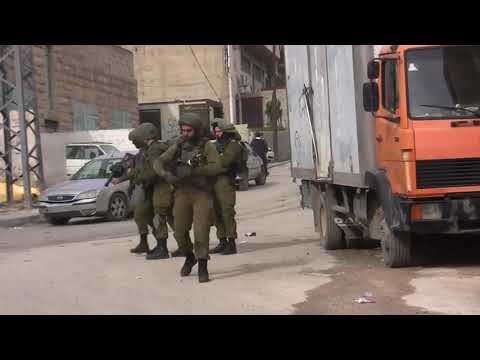 Since the 67’ occupation, the Israeli settler movement has concentrated on the colonization of Al-Khalil, with the construction of five illegal settlements penetrating into the heart of the Palestinian city. A policy of indiscriminate restrictions on Palestinians has developed as a means to perpetuate indigenous displacement and the expansion of these illegal colonies. In the early 2000s, the occupying military imposed curfews on the Palestinian community, with entire streets shut off from access. Over 520 Palestinian shops in the center of Khalil were forcibly closed, and another 1000 closed due to the economic impact of Israeli’s checkpoints, road closures, and settler violence. Khalil is described as a microcosm of the colonization of Palestine, with apartheid and occupation in its most acute and vulgar form. Although, despite its perceived entrenchment, a fierce rejection of normalization exists throughout all fragments of society. Organizers tirelessly mobilize protests and actions, non-violent resistance committees are established regularly, shebab in symbolic defiance rain stones on the rooftops of checkpoints, and the Palestinians as they say, remain in Al-Khalil like the roots of their thousand year old olive trees.