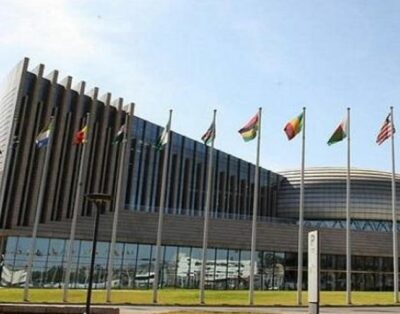 In the final statement of the two-day virtual 34th African Union Summit, African leaders stressed that Israel’s settlements constitute serious violations of international humanitarian law and relevant United Nations resolutions and defies the calls of the international community to stop all settlement activities.

They also reiterated their full support for the Palestinian people and their representative, the Palestine Liberation Organization, led by President Mahmoud Abbas, in their legitimate struggle against the Israeli occupation to restore their inalienable rights, including self-determination and independence.

They expressed their desire to reach a just political solution to the Palestinian issue in accordance with the principles of international law and all relevant United Nations resolutions, leading to a complete end to the Israeli occupation, which began in 1967, and the independence of the State of Palestine, with East Jerusalem as its capital, within the borders of June 4. 1967, and finding a just solution to the plight of the Palestinian refugees, in accordance with United Nations Resolution No. 194.

The final statement also called for the resumption of credible negotiations between the two sides, in order to achieve a just, comprehensive, and lasting peace in the Middle East, through an international multilateral mechanism based on international consensus, international law, and United Nations resolutions.

The African Union Summit also called on all members of the international community to preserve the legal status of East Jerusalem as the capital of the State of Palestine, respect international law and relevant United Nations resolutions in this regard, and refrain from any actions or decisions that undermine the legal status of the city, especially moving embassies from Tel Aviv to Jerusalem.

They stressed that any measures taken by Israel, the occupying power, to colonize the city of Jerusalem, including imposing its laws, jurisdiction, and administration, are illegal measures, and therefore are null and void, and have no legitimacy whatsoever.

The final statement called on the occupation authority to immediately stop all these illegal and unilateral measures, including provocations and incitement against Christian and Islamic holy sites.

The African leaders condemned Israel’s use of lethal, unlawful and other excessive force against Palestinian civilians, including civilians who enjoy a special protection status under international law who do not pose an imminent threat to life.

They called for accountability for these unlawful acts as well as for the actions committed by Israeli settlers in the occupied Palestinian territories, stressing that Israel, the occupying power, is fully responsible for acts of violence committed against Palestinian civilians and their property.

The African Union Summit renewed its support for President Mahmoud Abbas’ initiative for peace, which was presented to the United Nations Security Council on February 20, 2018, which calls for an international conference at the appropriate time to launch a credible multilateral political process.

African leaders also emphasized the rejection of any unfair or partial solutions, including the so-called “Deal of the Century”, stressing that they will work tirelessly with other international actors to ensure the independence of the State of Palestine within the borders of June 4, 1967 with East Jerusalem as its capital.