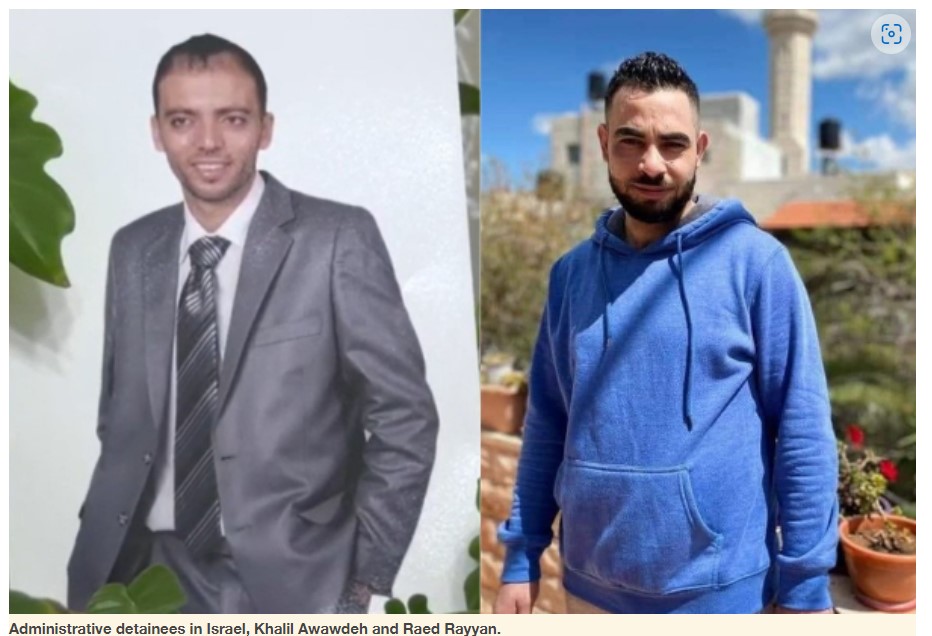 RAMALLAH, Tuesday, May 31, 2022 (WAFA) – Khalil Awawda, 40, from the Ethna town west of the southern West Bank city of Hebron, has been on hunger strike for three months today demanding his freedom.

Awawda was detained by Israel on December 27, 2021, and slammed with a six-month administrative detention order.

To put an end to his incarceration without charge or trial and based on secret evidence, Awawda, married and a father of four girls, the oldest is 9 years old, decided three months ago to go on hunger strike until he wins his freedom.

Currently, he is reported to be suffering serious deterioration in his health due to his long fast.

Awawda is one of two Palestinian administrative detainees in Israel who are currently on hunger strike to regain their freedom.

Another Administrative Detainee, Raed Rayyan, 27, from the village of Beit Duqqu, northwest of Jerusalem, started the hunger strike fifty-five earlier.

He was detained on November 3, 2021, and then placed under administrative detention for six months.

Israel’s widely criticized administrative detention policy is intended to unlawfully Palestinian political activists and curtail their freedom for as long as possible without charges.