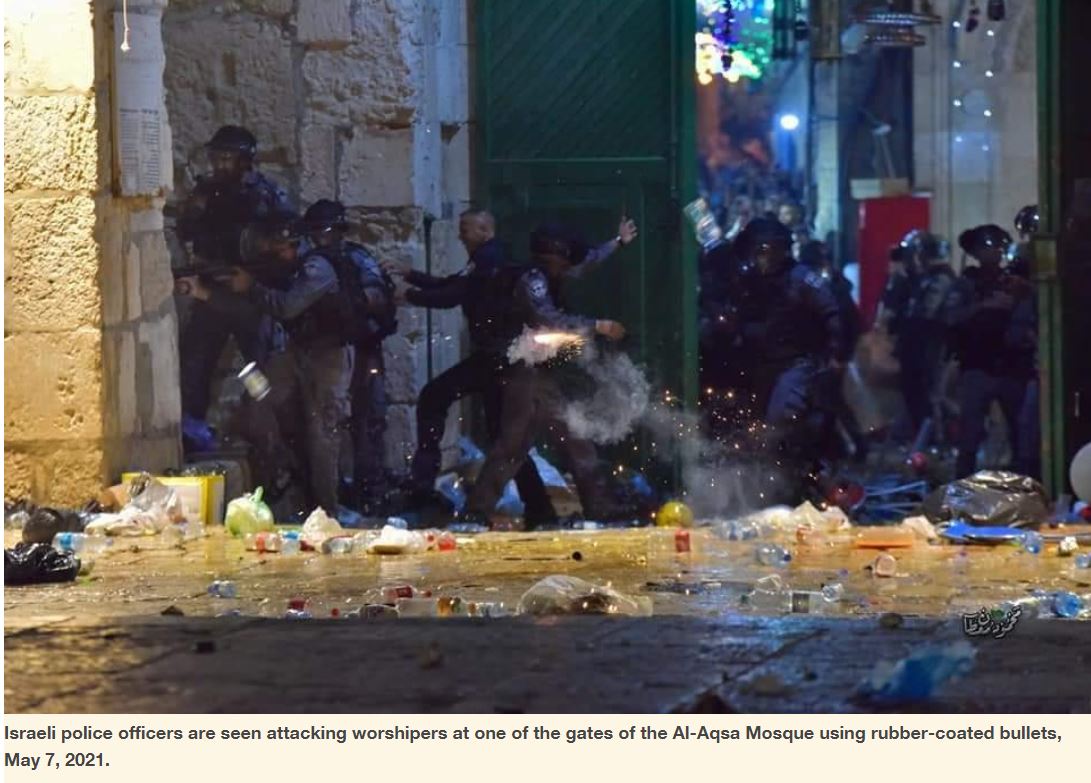 JERUSALEM, Friday, May 7, 2021 (WAFA) – At least 53 Palestinians were injured today evening as Israeli occupation police broke into the courtyards of the Al-Aqsa Mosque in the Old City of occupied Jerusalem, according to witnesses.

Police officers fired rubber-coated rounds and stun grenades at hundreds of worshipers attending night prayers at the compound, injuring at least 53 of them. The injuries were reportedly focused on the eyes and heads. 23 of the wounded were moved to hospitals for medical treatment, while the remainder were treated at the scene by local medics.

Dozens of worshipers were also arrested by the attacking forces.

The police attack on the mosque compound sparked clashes with worshipers, and police shut down several gates leading to the courtyards of the mosque denying access of worshipers from outside of the compound to the holy site.

In the meantime, clashes erupted between locals and Israeli police as a group of settlers broke into an iftar banquet organized by Palestinian families facing eviction in the neighborhood of Sheikh Jarrah in occupied Jerusalem. At least two injuries among Palestinian civilians were reported.