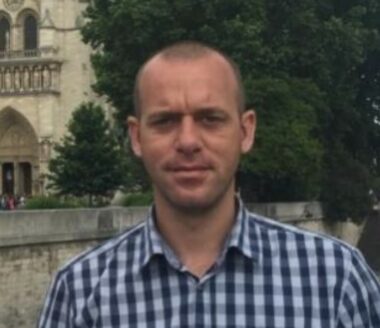 The joint urgent appeal was submitted to the UN special procedures from the Association France Palestine Solidarite; Cairo Institute for Human Rights Studies; the Palestinian Human Rights Council, including Al-Haq; and the Platform of French NGOs for Palestine.

Salah Hammouri, 36, is a Palestinian- French Jerusalemite, Human Rights Defender, lawyer, and member of the Addameer Prisoner Support and Human Rights Association, as well as a former political prisoner.

On 7 March 2022, between 4:00-5:00 am, about 25 Israeli occupying forces (IOF), including special unit forces, Musta’ribeen Unit, broke Salah Hammouri’s apartment door in Kufr Aqab north of Jerusalem, entered his bedroom, and grabbed him from his bed while he was still sleeping. The IOF ransacked the premises and confiscated three mobile phones and one laptop belonging to Hammouri.

During his arrest, Hammouri sustained an injury to his wrist as he was bound with a plastic zip-tie, aggressively escorted out, and forced to kneel on the floor facing a wall until he was transferred to a military jeep. He was first taken to Ofer military base in Beitounia, Ramallah, where he was held until the evening and later transferred to the Russian compound (Mascobbiya) interrogation center in West Jerusalem. On 9 March 2022, an Israeli military judge extended Hammouri’s initial detention order which was soon followed by three-month administrative detention ordered by the Israeli military commander on the basis of “secret information”

Hammouri was in the process of challenging the decision by the Israeli Interior Ministry to revoke his permanent residency status in Jerusalem, described by the rights groups as a “profound violations of international law and puts him at imminent risk of forced deportation, amounting to grave breaches of the Geneva Conventions, the war crime of forced population transfer, and crimes against humanity of displacement, and apartheid.”

The Ministry’s decision further results in the denial of basic human rights, including inter alia the rights to family life, health, education, work, they said.

“Salah Hammouri’s case highlights the Israeli occupation and apartheid regime’s widespread and systematic practice of illegal population transfer and demographic manipulation, as manifested through laws, policies, and practices, to maintain their institutionalized regime of racial domination and oppression over the Palestinian people,” said the rights groups. “His case was highlighted in Amnesty International’s landmark report demonstrating Israel’s crimes of apartheid, specifically the illegal practice of forcible population transfer, deportations, and demographic engineering.”

They stressed that “it is imperative to immediately and urgently address the arbitrary arrest and continued punitive residency revocation of Salah Hammouri as it represents a step towards the wider application against HRDs, peaceful dissent, and Palestinians of Jerusalem more generally to achieve demographic goals,” calling for the immediate intervention of the relevant UN Special Procedure mandates and urging them to demand Israel, as an Occupying Power, to reverse its decision to revoke the permanent Jerusalem residency status of Salah Hammouri.

They also reiterated the illegality of residency revocation based on “breach of allegiance” leading to the forcible transfer of Palestinian civilians, which is a war crime and crime against humanity under the Rome Statute of the International Criminal Court.

The rights groups called on Israel to unconditionally and immediately release Salah Hammouri from administrative detention, and further, put an end to his prolonged persecution and all policies and measures of intimidation and harassment against him.

They also called on Israel to immediately repeal its Entry into Israel Law (1952), which has been used to further the Israeli policy of population transfer and achieve demographic goals in Jerusalem in violation of Palestinians’ fundamental rights, including their right to freedom of movement and residence, and the right to leave their country and to return, urging Israel to immediately cease any and all practices and policies intended to intimidate and silence human rights defenders, in violation of their right to freedom of expression, including through arbitrary detention, torture and other ill-treatment, institutionalized hate speech and incitement, residency revocation, deportations, and other coercive or punitive measures.

They called on the UN special procedures to require the immediate initiation of an investigation into the illegal infiltration of human rights defenders’ phones and all the other victims that have been in communication with the targeted HRD; require an immediate moratorium on the sale, transfer, and use of all forms of surveillance technology, particularly NSO group’s Pegasus spyware, until a full independent investigation of its operation within Palestine is carried out by the UN to identify the scope of its surveillance activities carried out against Palestinian human rights defenders, and their ties to the Israeli government.