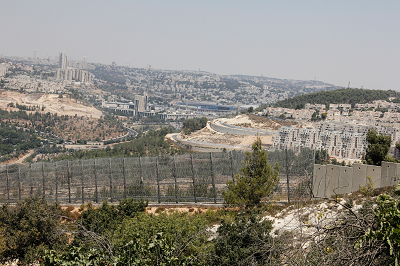 The 48 Arabs website said that that Israel has approved the construction of 8,300 new units for residential, industrial, and commercial purposes on Palestinian land belonging to several villages and neighborhoods in Jerusalem and Bethlehem districts, including Beit Safafa, Malha, al-Baqa’a and all the way to al-Walaja.

This step, the website added, would effectively expand the borders of the new settlement industrial zone of Talpiot.

The implementation of the construction scheme, which involves building towers up to 30 floors high, is scheduled to begin by 2021, and work will continue until 2040.

Meanwhile, the National Bureau for Defending Land and Resisting Settlements (NBPRS) stated in its latest weekly report, that several indicators on the ground show that Israel has lifted the annexation plan from the table only to deceive the public opinion and the international community, at a time when the infrastructure for the annexation project is implemented through “bypassing annexation” settlement units, and streets among the colonial settlements aiming to turn the West Bank by 2045 into a new Galilee.

“In Jerusalem and its environs, the occupation government does not stop its settlement projects, as it aims to create a large settlement belt around Jerusalem by constructing new settlement roads and streets aimed at preventing any expansion or geographical contact of the people of Jerusalem from the south as part of the so-called ‘Jerusalem Envelope Belt’,” NBPRS said.

“The occupation municipality in Jerusalem began its actual steps aimed at paving a new road at the beginning of next year, linking the new settlement outpost, Mordot, with the settlement of Gilo, south of occupied Jerusalem, at the expense of the confiscated Palestinian lands belonging to the residents of Walaja, Beit Safafa and the area south of Jerusalem,” it added.