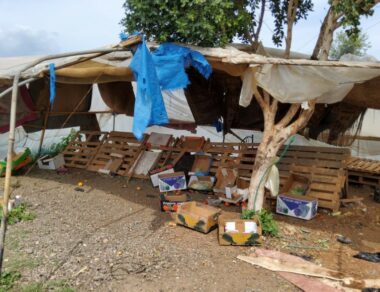 Fares Fuqaha said that the Council of Israeli colonial settlements, under military protection, escorted bulldozers to dismantle five wholesale vegetable stands the Palestinian farmers used to display their products and seized the vegetables.

Meanwhile, Aref Daraghma, a field human rights researcher, cautioned that the sabotage of the vegetable display racks came as part of a wider grave policy aimed at depriving Palestinians of their sources of livelihood.

Road 90 is one of two main thoroughfares which extend the length of the valley parallel to the Jordan River.

Approximately 6,200 Palestinians live in thirty-eight communities in places earmarked for military use and have had to obtain permission from the Israeli authorities to enter and live in their communities.