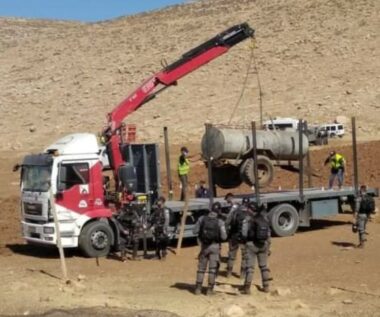 Fares Ka‘abneh, a media activist, told WAFA that a sizable Israeli military unit escorted lift lorries to the community, located near the village of al-Mughayyer, demolished 11 residential structures, and seized their contents.

The Israeli occupation authorities have been targeting the Bedouin communities, north, and east of Ramallah, for decades in order to displace them and make room for colonial settlement construction that separates the Jordan Valley from the West Bank.