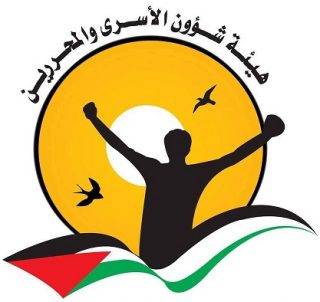 The Commission said in a press statement that it received on Tuesday a phone call from the International Committee of the Red Cross (ICRC) regarding the suspension by the Israeli Prison Service (ISP) of family visits to prisoners in all jails citing an incident that took place at the Ramon Prison more than two weeks ago as a flimsy pretext.

On October 2, the occupation authorities detained two family members of a Palestinian prisoner while they were visiting their son in the Ramon Prison, claiming that a prisoner’s sister stabbed a female Israeli soldier in the hand.

The Commission slammed the ban on the family visits as part of the punitive measures against the prisoners and their families as the occupation authorities always exploit all circumstances and incidents, including the COVID-19 pandemic, to impose such a ban.

It voiced its concerns that such measures would aggravate the suffering of prisoners and their families while urging international actors to push for reinstate regular family visits and guarantee the prisoners’ right to meet their families.

According to the latest figures from Addameer, the Palestinian Prisoner Support and Human Rights Association, there are currently 4,700 Palestinian political prisoners in Israeli prisons and detention centers, including 400 children and 30 female prisoners.

Mass arrest of Palestinians is nothing new. According to a 2017 report by Addameer, over the past 50 years, more than 800,000 Palestinians have been imprisoned or detained by Israel, this figure is now believed to be closer to 1 million.

This means that about 40% of Palestinian men and boys living under military occupation have been deprived of their freedom. Almost every Palestinian family has suffered the imprisonment of a loved one.