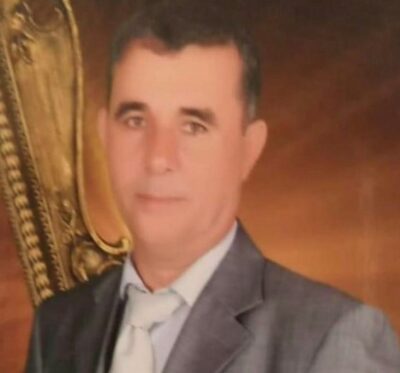 Hazem Akram Al-Sultan, 38, said that his father had sustained a fracture in the eleventh thoracic vertebra (T11) in June 2022.

After conducting many examinations, it turned out that he had leukemia, and the doctors decided to refer him to Al-Muttala’ (Augusta Victoria) Hospital in occupied Jerusalem due to his bad health condition and urgent need for radiotherapy that is not available at the Gaza Strip’s hospitals.

On 06 October 2022, he received a text message to go to Beit Hanoun “Erez” crossing for an interview with the Israeli intelligence, so in the same morning he went there.  After waiting for 3 hours, he was asked to return to the Gaza Strip without conducting the interview.

On 17 October 2022, his health condition got worse, and he was referred to the Indonesian Hospital in northern Gaza Strip, where he was pronounced dead.

According to PCHR’s follow-up, so far this year, the Israeli authorities have obstructed the travel of 5,472 patients with serious diseases that lack treatment at the Strip’s hospitals.

These restrictions coincide with the deterioration of the healthcare system in the Gaza Strip due to the Israeli-imposed closure on the Strip for the last 16 years, causing a perpetual shortage of essential drugs and medical devices and insufficient number of specialized health personnel.

PCHR condemns the obstruction of Gaza Strip Patients’ travel for treatment abroad, and calls on the international community, including the High Contracting Parties to the 1949 Fourth Geneva Convention to exert pressure on the Israeli occupation authorities to assume their legal responsibilities towards the Gaza Strip population, including patients, and to ensure that adequate and safe mechanism is provided for their travel to receive treatment abroad.

PCHR urges the international community to pressure Israel to lift the closure imposed on the Gaza Strip in line with Security Council Resolution No. 1860 that calls for the unimpeded provision and distribution of humanitarian assistance throughout Gaza, including of food, fuel, and medical treatment, meaning allowing the entry of medical supplies used in radiotherapy, chemical drugs and periodic examinations for cancer patients that are not available in Gaza hospitals.