This is the first of a series of reports documenting the control and devastation of water sources by Israel as a tool of oppression.

On Thursday 18th July Israeli occupation forces came to the Al Baqa’a area, east of Hebron, and destroyed an irrigation system that carried water to two agricultural fields, growing around 10,000 tomato plants each.

Ghassan Jaber, 40, is the son of the owner of one of the fields. His family have been farming this land for generations. He told ISM that about thirty soldiers arrived in five military jeeps at 7am. Jaber asked the soldiers to show him a military order or permission form from Israeli authorities but they would not speak to him, instead forcefully evacuating him and his family away from the tomato fields. The soldiers cut the majority of the pipes that make up the irrigation system, crushing tomato plants in the process. They confiscated three of Jaber’s pesticide machines, each costing around 4000 NIS (1,100 USD). The family are currently watering the plants and administering pesticide by hand, which has greatly increased their workload. Since the incident, many of the tomato plants have died. This week, Jaber and his family are replacing the cut pipes. He estimates that this will cost about 40,000 NIS (11,000 USD), not including the additional labour costs. Jaber and his sons told ISM that they would be working for the next 24 hours to replace the pipes in time to save the crops. 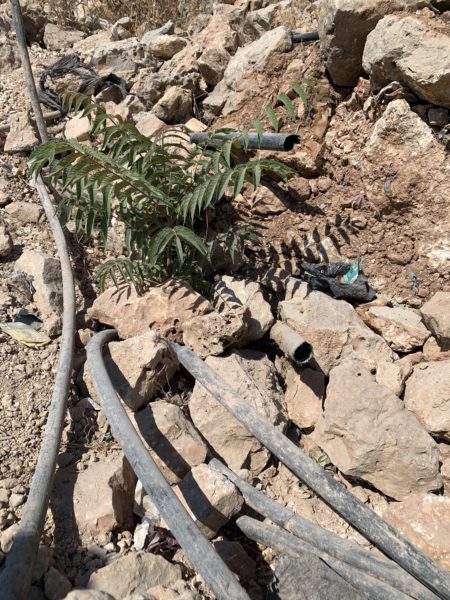 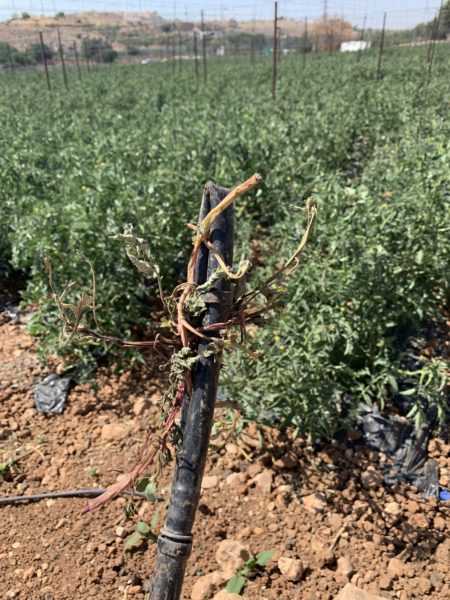 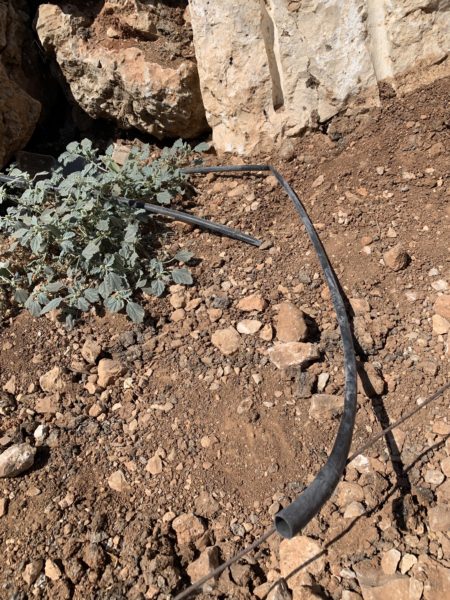 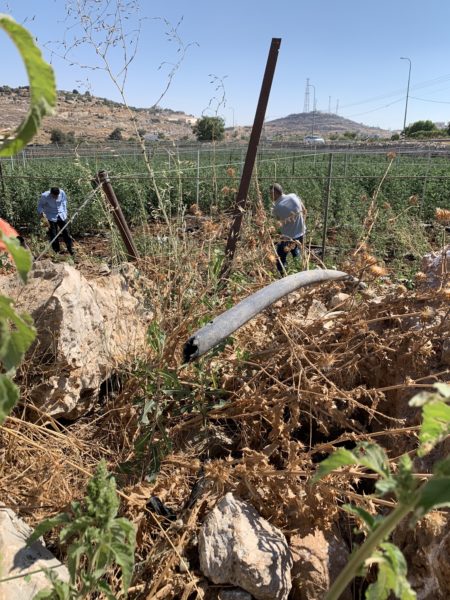 Water pipes in the tomato fields destroyed by Israeli forces

The military claims that Jaber’s farm is diverting water from the nearby illegal Israeli settlement Kiryat Arba. The farm has traditionally taken its water from a well owned by the Jaber family, situated on their land. In 2009, Israeli forces blocked the well with rubble rendering it unusable. It cost Jaber about 30,000 NIS (8,500 USD) to replace this well, and last winter the soldiers blocked it again. Jaber decided to build a hidden groundwater well so that the militarywould not be able to find and destroy it. This cost Jaber about 150,000 NIS (42,500 USD). It is this groundwater well that now supplies the irrigation system. On Thursday, Jaber told the soldiers that he is using his own groundwater but they went ahead with the destruction regardless.

Jaber told ISM he is concerned that once he replaces the irrigation system, the soldiers will return and destroy it again. The extended Jaber family own and farm a lot of the land around Al Baqa’a, which is the most fertile land in Hebron. It falls in area C, under Israeli control. Kiryat Arba is very close by, making this highly contested land. The Palestinian population in this area is small, but they own most of the land. Israeli authorities have banned the construction of new homes on this land and have previously demolished houses here, most recently in 2010. A month ago, the military confiscated 24 dunams of Palestinian owned land in this area. 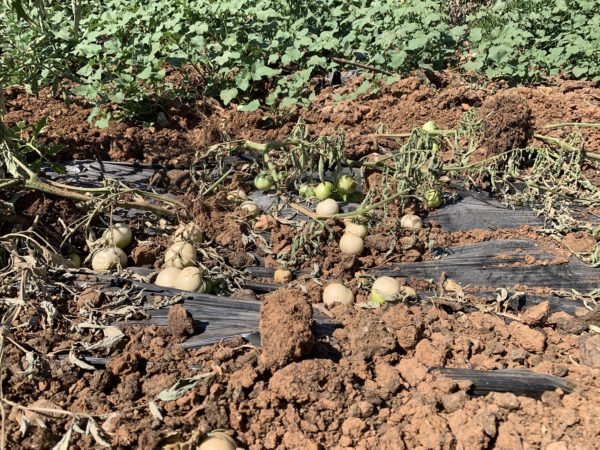 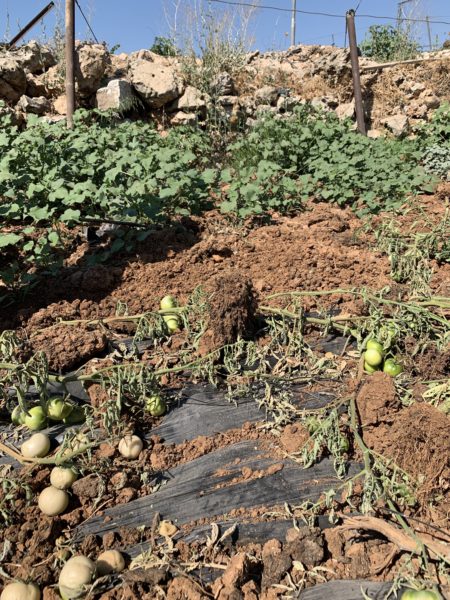 Plants ruined by Israeli forces and lack of water

Jaber says that this incident is not just about his family, farming and water but is linked to bigger political tensions. The military, he says, are targeting the Palestinian people’s sources of income and self-sustainability. They are damaging the local food supply: he predicts that as a result of the incident the price of tomatoes in Hebron will rise. This systematic assault on the everyday lives of Palestinian people is part of the Israeli government’s comprehensive warfare against Palestine.