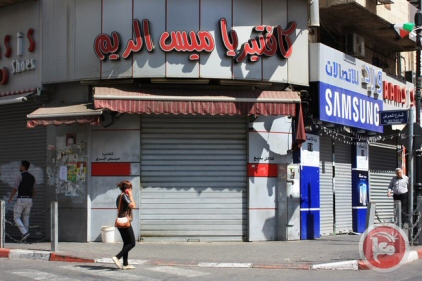 The Palestinian Authority is losing up to $285 million a year under its current economic arrangements with Israel, the World Bank said on Monday.

According to Ma’an News Agency, the global financial institution announced the finding a day before it presents its full report to the Ad Hoc Liaison committee, which decides on development assistance to the Palestinian territories, in Brussels. It found that the current revenue sharing arrangements as outlined by the Paris Protocol — through which Israel collects VAT, import taxes and other revenues on behalf of the PA — “have not been systematically implemented.”

The World Bank estimated that “tax leakages on bilateral trade with Israel and undervaluation of Palestinian imports from third countries” amounted to up to $285 million in revenues lost annually by the PA.

It added that the amount could be higher, as it was unable to make estimates for Area C — the 61 percent of the occupied West Bank under full Israeli control — “due to data constraints.”

“These revenues can significantly ease the Authority’s fiscal stress,” the World Bank said, urging Israel and the PA to revive the Israeli-Palestinian Joint Economic Committee, which was originally set up to monitor the implementation of the Paris Protocol.

The global institution also noted that Israel was currently holding onto $669 million owed to the PA, including pension contributions from Palestinians working in Israel and their employers that were “expected to be transferred to a dedicated fund that is yet to be established by the PA.” The amount also includes deductions from these workers’ salaries that Israel is supposed to transfer to cover their health services and social benefits.

Israel recently agreed to transfer $128 million “to offset some of the losses accumulated over the years,” the World Bank said, commending this as the “first step in an enhanced dialogue.”

The report to the Ad Hoc Liaison committee will also note the poor state of the Palestinian economy and the need “to stimulate growth in an economy that is not growing enough to raise living standards or reduce high unemployment.”

The World Bank said the West Bank’s economy was stronger through 2015 than in 2014, but still “barely enough to keep up with population growth,” while in Gaza, the economy was not expected to recover its pre-war levels until at least 2018. It said that slow aid was continuing “to hamper Gaza’s recovery,” as only 40 percent of foreign aid pledged in the aftermath of 2014’s devastating war with Israel had so far been disbursed.

“For these people in Gaza, there is no escape.”