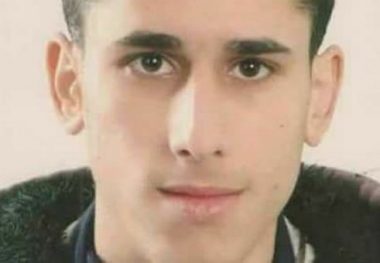 The head of the Palestinian Detainees’ Committee Issa Qaraqe stated that a young Palestinian man died, Friday, from wounds he suffered on November 9, 2016, at the Huwwara Israeli military roadblocks, near the northern West Bank city of Nablus.

The Palestinian, identified as Mohammad Amer al-Jallad, 24, from the northern West Bank city of Tulkarem, was shot and seriously injured on November 9, 2016, after Israeli soldiers claimed he attempted to stab them at the roadblock.

Qaraqe’ stated that, after his serious injury, al-Jallad was moved to the Intensive Care Unit at Beilinson Israeli hospital, suffering gunshot wounds to the chest, and remained in a critical condition until his death.

He added that the Palestinian suffered various complications, and that he also had lymphoid caner, which resulted in accelerating the deterioration of his health after his serious injury. The Detainees’ Committee held Israel responsible for al-Jallad’s death, and demanded a credible investigation, especially since many detainees have died while in Israeli custody, including those who were injured, and others who suffered various serious illnesses, but were denied adequate and specialized medical treatment.

“International silence while Israel continues to violate International Law, and continues to abuse the detainees, is another serious crime,” Qaraqe’ stated, “This silence is allowing the continuation and escalation of these crimes.”