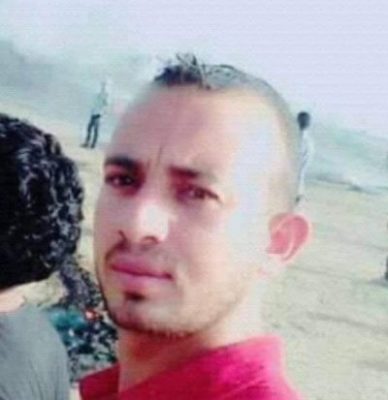 The Palestinian Health Ministry in Gaza has reported, on Monday at dawn, that a young man died from serious wounds he suffered, on June 8th, after Israeli soldiers shot him with live fire.

The Ministry said the young man, identified as Karam Ibrahim Arafat, 26, was shot during the “Great Return March” procession, east of Khan Younis, in the southern part of the Gaza Strip.

It added that Arafat, from Abasan al-Saghira town, southeast of Khan Younis, was shot with a live round in the head, and remained in a critical condition until he succumbed to his serious wounds.

On the same day, Palestinian fighters in Gaza killed one soldier, identified as Aviv Levi, 20, from Petah Tikva, in the Central District.

The soldier is the first to be killed by Palestinian fire since Israel’s offensive and major deadly assault in Gaza in 2014.

Israeli Walla News said an Israeli army investigation revealed that the soldier was shot by a Palestinian sniper, hundreds of meters away, and added that Levi was kneeling in a sniper post when he was shot in the upper body.

It stated that Israeli army officials believe that the sniper fire was not approved by Hamas leadership, but was likely ordered by the shooter’s “direct commander.”

The report quoted defense officials stating that Hamas’s armed wing leadership would not place their political leader Ismael Haniyya in danger of Israeli fire, especially since he was present near the protest area, close to the border fence, when the soldier was shot.

The officials said it possible that one fighter decided to shoot a soldier in retaliation for the death of another fighter, who was killed by army fire Thursday.

Karam’s death brings the number of Palestinians, killed by Israeli army fire in Gaza since the beginning of the Great Return March protests on March 30th, to 147, including 17 children, two medics and two journalists.