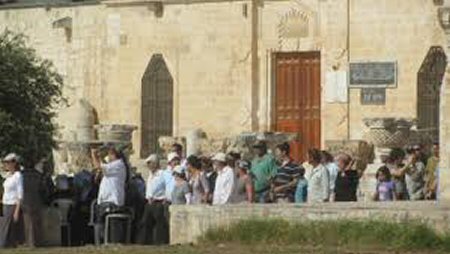 102 settlers stormed the courtyard of Al-Aqsa Mosque on Tuesday morning, via the Moroccan Gate, with intensive presence of Israeli police.

According to Jerusalemite sources, the settlers stormed the courtyard in groups, and in a provocative way.

The source added, according to Al Ray, that a group of students and devotees resisted them.

Al-Aqsa mosque is continuously stormed by armed settlers amid restrictions imposed on prayers.