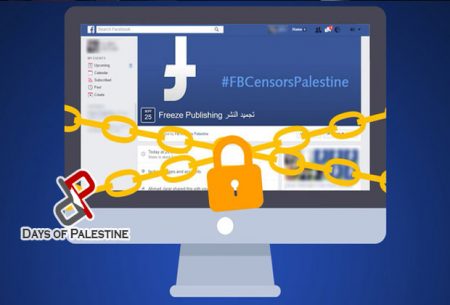 Amid a fierce Israeli crackdown on Palestinian freedom of expression, occupation authorities have prosecuted two Palestinians over Facebook posts, according to Days of Palestine.

The Jerusalem-based human rights group, Wadi al-Hilweh Information Centre, said that this is a “clear and flagrant violation” of rights to impart information and free speech.

Batroukh was kidnapped by Israeli forces during a night raid on March 7, Safa news agency said.

Meanwhile, an Israeli judge sentenced Walid Rajabi to 10 months of actual imprisonment and a suspended probation sentence of seven months for three years, on charges of incitement on Facebook.

Tens of Palestinians had been kidnapped, charged and sentenced by the Israeli occupation over expressing their opinions on social media during the last six months.