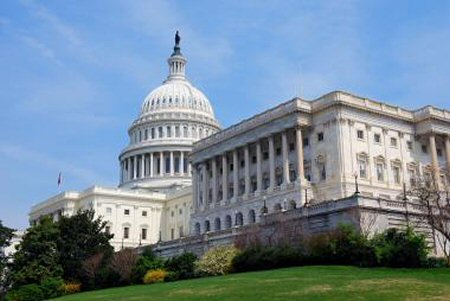 A group of 29 US Senators led by Senator Jon Ossoff of Georgia and Senator Bernie Sanders of Vermont have issued a statement calling on the Biden administration to take immediate action to broker a ceasefire between Israel and the Palestinian Authority in Gaza.

Both Ossoff and Sanders are Jewish progressives who have criticized the Israeli military occupation of Palestinian land, and the ongoing Israeli violations of international law.

The letter from the Senators comes after the US representative at the United Nations vetoed Security Council resolutions calling for a ceasefire three separate times since the Israeli bombardment of Gaza began on May 10th.

The Security Council is set to meet again on Tuesday May 18th, and several countries have vowed to continue the pressure on the US to stop blocking the other 14 Security Council members from calling for a ceasefire.

Axios.com reported Monday that an unnamed Israeli official told them that during a phone call with the Biden White House, “The overall message was that they support us but want this to end”, adding that the Biden administration didn’t give Israel a deadline to stop their bombardment of Gaza, but stressed that the US administration was “reaching the end of its ability to hold back international pressure on Israel over the Gaza operation.”

Meanwhile, the Biden administration has approved a $735 million weapons sale to Israel in the midst of the massive escalation that Israeli forces began one week ago.

The arms sale to Israel includes GBU-39 small diameter bombs, which are being used against Palestinian civilians. The House Foreign Affairs Committee called for an emergency meeting to discuss the sale, and to discuss the Israeli escalation.

Congressmember Ilhan Omar issued the following statement about the decision to move ahead with the $735 million weapon sale – which is in addition to the $3.5 billion of U.S. taxpayer money provided annually, unconditionally, to the state of Israel: The statement from the U.S. Senators said, “To prevent any further loss of civilian life and to prevent further escalation of conflict in Israel and the Palestinian territories, we urge an immediate ceasefire.”

The Washington Post reported Monday that an unnamed Democrat from the House Foreign Affairs Committee told their reporter, “Allowing this proposed sale of smart bombs to go through without putting pressure on Israel to agree to a cease-fire will only enable further carnage.”