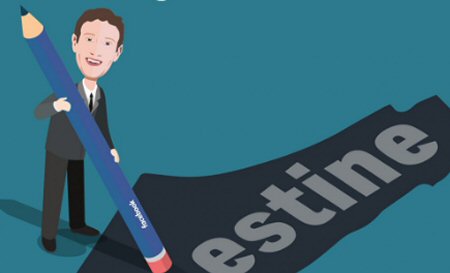 The report that published on Wednesday, by SadaSocial, recorded a significant increase in the violations against Palestinian content on social media.

The report noted, according to Al Ray, that the violations increased after the last Israeli aggression against Gaza that followed the attack against Israel special forces that infiltrated into Gaza.

The report confirmed that the violations against Palestinian content amounted to 41 , most of them against Facebook pages.

It  pointed out that the management of Twitter has carried out a number of violations, including banning the “Palestine Network for Hiwar”, deleting the “Official Media of the Qassams” page and a number of activists.

In a dangerous precedent, the social networking sites deleted the images of the special unit that infiltrated into Gaza after it widely spread through social media; the management of “Facebook” prevented sending the picture through messenger, up to Israeli instructions.