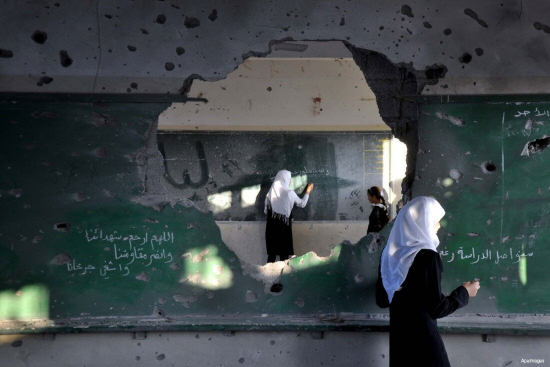 Five American pro-Palestinian campaigners were detained, interrogated and deported by Israeli officials as they tried to enter the country to “observe the conditions under which Palestinians live,” NBC Newsreported a US rights group saying.

Middle East Monitor reports, according to Al Ray, that the activists were trying to “gain a better understanding of the situation on the ground,” according to the US Campaign to End the Israeli Occupation.

“Upon their arrival [on 17 July], a US campaign staffer and four other members of the group – all carrying US passports – were interrogated by Israeli border police, about their backgrounds and political involvement,” a statement issued by the organisation said last week.

Four of the five were “people of colour and Muslim”, and the fifth had a long beard, the group added.

A spokesman for Israel’s Interior Ministry said that three of the five campaigners were denied entry for “security reasons”.

Calls to the US Consulate “resulted in no assistance for the delegates,” according to the organization.