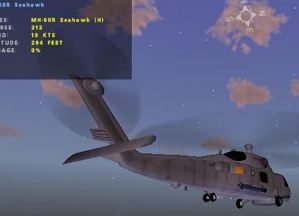 When your are only referred to as a shape monitored by a few young soldiers, mostly 18 or 19 years old sitting in the comfort of their office, and determine that “you are a terrorist” then an open fire order is a very easy task, after all you are just a thing moving on this high-tech screen.

Israeli daily, Haaretz, published a report about some six young female soldiers, ages 18 and 19, sitting in their comfy military operation rooms in front of several screens that show live black and white pictures along the border with Gaza.

Those screens can broadcast any movement on the border and hundreds of meters away from it.

They are members of one of the “Elite Units”and play the role of judges and prosecutors.

They sit on comfy chairs, monitor the screens and at any given moment they can give the “open fire” order, and that figure moving in black and white on the screen is eliminated.

When the open fire order is given, heavy automatic fire could be heard and seen atop a monitoring tower facing the border.

This is only one high-tech room among dozens of similar “operations rooms” spread across the border with Gaza.

The known statement that follows the shooting is a standard sentence that the soldiers read from their textbook; “We identified a group of terrorists approaching the border, and gave the order to the artillery and the air force to deal with the issue.”

There are many teenage soldiers, and yes, even adult soldiers, who do not even know that those teenagers are the ones who determine who gets to live and who gets to die. And that they are the ones that look at the surveillance screens determining that a certain shape moving in black and white, is a terrorist that must be gunned down.

They are the ones who control the trigger; they can give the order to heavy fire, bombardment, or even a massive air strike.

A female soldier, the commander of the young teenage women, said that their commands control the soldiers’ action on the ground.

“If we say open fire, then they do it”, she said, “the young women under my command underwent special training to determine the types of weapons, to be able to identify objects, day or night, and they can even tell the difference between the way an armed man walks, and the way a civilian walks.”

The young women even have the power to argue with senior military commanders and tell them “yes, you have a higher rank, but I have the higher technology.”

Lieutenant Tal Bar’on, head of the Military School for Combat Intelligence, said that young female soldiers started showing interest in this field eighteen months ago, and now each has a specific zone to monitor and to issue the open fire order at any given moment.

But when a human being is just identified as an object on a screen, often far away, then the person monitoring this screen has no problem in sentencing this person to death.

It just becomes like a video game, a war game, when you play against the already assigned enemy, or even when you play online against a group of people who could be near you or all the way around the world.

When you are just looking at a screen then that object does not mean anything to you, killing this object is a piece of cake, juts hit the damn trigger” which is not a big deal when it comes to bratty teenage trigger-happy soldiers and commanders.

Every now and then we hear about “militants” killed or wounded after they were spotted approaching the border fence. Sentence is death; the judges are a few teenagers sitting on their fancy chairs behind those fancy high-tech screens.

There have been hundreds of cases were civilians were shot dead, or wounded, while just working in their farmlands near the border.

Any piece of metal you carry in that area could be misidentified as a weapon, and an order to end your life could easily be made by one of those teenagers.

Farmers just trying to take care of their lands near the border carry axes, plowing materials, sickles and other tools that could easily be identified as weapons especially since the best time to harvest your land or plow it is usually at dawn or early morning hours.

But no, our life is so cheap to those teenage soldiers, and the way they see the Palestinians as objects, or this dot the moves along the screen and must be eliminated.

‘If a tree falls in a forest and no one is around to hear it, does it make a sound?’ I don’t know, I mean yes but if I did not hear it, or did not see it, then that may mean that this tree never fell.

Therefore, if am sitting in this fancy high-tech room, and my orders are killing dozens or hundreds of civilians on the other side; then the crime never happened.

I did not hear suffering, I did not even hear explosions, and definitely I did not see death, all what I saw was an object that was eliminated, a flashing dot on my screen but it is not flashing anymore because we took care of it.

So, a tree falling in the forest does not make any sound, unless am there near it to be able to hear it, and yet better see it fall.

Those teenage commanders who authorize a war craft to bombard a civilian area, or instruct the artillery to open fire, are just looking at their screens and happily playing with their high-tech equipment.

Life just does not mean anything to them, as long as this life is not theirs or the lives of their loved ones.

Those teenagers are playing video games, but this time they are not playing with a bunch of “internet warriors”, they are playing a real life game, and the other side has no control over anything.