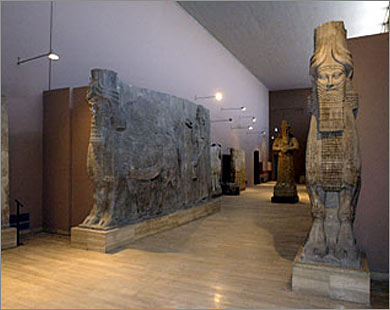 The Iraqi Tourism Ministry accused the Israeli Mossad, Israel’s Security Agency, of involvement in the theft and of ancient Iraqi manuscripts that were illegally transported out of Iraq and sold in Israel. The manuscripts are part of the Jewish archive at a number of museums in Iraq. They were stolen by thieves and ended up in Israel, Iraqi sources reported.

Abdul-Zahra Al Taliqani, spokesperson on the Iraqi Tourism Ministry, said that Israel did not response to a request from Iraq to return its historical inheritance through the United Nations.

It is worth mentioning that several Jewish manuscripts were moved by the U.S. Army from Iraq to the United States in 2003.

The United States said that the manuscripts were sent to Washington for restoration, but they were never return to Iraq.

Iraq published a list of thousands of ancient artifacts and manuscripts that were stolen from Iraqi Museums after the U.S. forces captured Baghdad in 2003.

The artifacts are from several historic eras in Iraq, including the Assyrian, Samarian, Babylonian and the Islamic era.