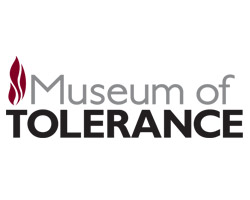 Rabbi Marvin Hier’s Los Angeles-based Museum of Tolerance, part of the Simon Wiesenthal Center, is building a $150 million branch in Jerusalem. The Museum, whose mission is confronting ‘global anti-Semitism, extremism, hate … and promoting unity and respect among Jews and people of all faiths,’ is being built atop part of the Mamilla Muslim cemetery, some of whose burials date to the 11th century. The graves, which may contain the remains of soldiers who fought with Saladin against the Crusaders, are being uprooted to make way for Rabbi Hier’s new museum.More than a few commentators, including a number of Israelis and some of Israel’s friends in this country, have argued strongly that a Museum of Tolerance built literally upon the bones of Palestine’s indigenous Arab population is hypocritical, intolerant, and wholly absurd. A case could be made, however, that tearing out centuries-old Muslim graves and replacing them with an American-financed Museum of Tolerance symbolizes Zionist policy and practice toward the Palestinians from the birth of modern political Zionism a century ago down to the present day. It also exemplifies America’s role as an enabler of Israeli ethnic cleansing.

The new building certainly mirrors one of Zionism’s key objectives: driving out the Arabs and replacing them with newly minted Israelis from around the world. As Moshe Dayan once put it, “Jewish villages were built in the place of Arab villages. … Nahalal arose in the place of Mahlul; Kibbutz Gvat in the place of Jibta; Kibbutz Sarid in the place of Huneifis; and Kefar Yehushu’a in the place of Tal al-Shuman. There is not one single place built in this country that did not have a former Arab population.” So even today only an Israel-centric narrative seems to matter, and all else in the Holy Land can be consigned to the dustbin of history, or, in the case of human remains from the Mamilla cemetery, excavated hastily with pickaxes and sledgehammers and tossed into cardboard boxes or crushed under the treads of bulldozers [.pdf].

Rabbi Hier, when trying to justify the choice of site for his Museum of Tolerance, likes to argue that it is being built on a municipal parking lot, not a cemetery, and that, in any case, Muslim religious authorities ‘desanctified’ the area years ago. He also relishes saying that work on the museum proceeded only after the Israeli Supreme Court approved the project (true) and that that occurred when the Israeli Antiquities Authority released the site for construction upon completion of its excavations (not true).

A parking area was in fact part of the site selected for Hier’s project, but the Mamilla cemetery’s burials lay intact under its pavement. The chief archaeologist assigned to the museum site by the Antiquities Authority, Gideon Suleimani, declared [.pdf] after test pits were dug in November 2005 that ‘the entire area ‘abounded with graves,’ and that under the parking lot there was a crowded Muslim cemetery, containing 3 or 4 layers of graves.’

After starting to excavate the entire site, Suleimani recorded that representatives of the Simon Wiesenthal Center ‘who were seeking to establish facts on the ground’ would visit the site ‘on a daily basis’ to urge that excavations proceed more rapidly ‘to prevent the Muslims from halting the project.’ These same representatives, according to Suleimani, even threatened to sue the Antiquities Authority if the project were delayed. The excavators began working 12 hours a day, six days a week.

With only 10 percent of the site completely excavated, 250 burials properly recorded, 200 skeletons exposed, but an estimated 2,000 graves remaining, archaeological work was halted. Unbeknownst to Suleimani, his superiors at the Antiquities Authority had notified the Supreme Court that ‘almost the entire area of the excavation has been released for construction, because it contains no further scientific data.’ Hier’s museum received the Supreme Court’s blessing. All Suleimani could do was swear out an affidavit accusing his superiors of ‘archaeological crime’ and the destruction of ‘an opportunity to study the history of Jerusalem over the last millennium.’

As for Rabbi Hier’s assertion that an Islamic court had desanctified the Mamilla cemetery in 1964, it is perhaps worth noting that Arabs in Israel were under martial law until 1966 and that the Israeli government appointed the members of that court. A more recent Islamic court ruling declared that Muslim cemeteries could never be officially abandoned [.pdf]. It seems a bit presumptive of Rabbi Hier to hold himself out as an expert on Sharia law. Clearly his opinions will never carry any weight with the Jerusalem Palestinians whose ancestors’ remains are being disinterred to make way for the Museum of Tolerance. One might also observe that the Wiesenthal Center, having spent years lobbying to expel a Carmelite nunnery from the grounds of Auschwitz, is somewhat inconsistent when it comes to deciding what constitutes desecration of graves.

Many will acknowledge that there is a painful conflict when the Wiesenthal Center builds a museum of tolerance atop an ancient cemetery. Hatred increases, and the stated objectives of the institution are likely to be frustrated. Somewhat less obvious, however, are the conflicting goals of the Wiesenthal Center itself. The Center’s ‘primary mission is to fight racism, prejudice, and discrimination in all its forms and to promote civic discourse, social justice, tolerance, and mutual understanding’ and to ‘teach the lessons of the Holocaust.’ But along with these worthy objectives [.pdf] comes another goal – ‘to stand by Israel,’ which in practice means defending Israel from any and all criticism, no matter how justified, about the way it treats Arabs in general and Palestinians in particular.

For example, Hier fully approves the now two-year-long Israeli siege of Gaza, which makes life miserable for the 1.5 million Palestinians confined on that small strip of land, the vast majority of whom are totally innocent of launching attacks on Israel. According to Hier, the tight blockade began when Gazans began to fire rockets into southern Israel, although Israel actually put the siege in place after the people of Gaza had the temerity to choose Hamas to represent them. Further, Hier supported last year’s ground campaign in Gaza, during which Israel attacked critical civilian infrastructure and UN facilities (including warehouses and schools), killed 1,400 people, and destroyed thousands of homes.

The language Hier chooses to justify the invasion is most revealing. He states that ‘even after Auschwitz’ the world resents Israel defending itself, and he implies that rebuilding Gaza with Hamas in power would be akin to letting ‘a Fourth Reich … continue the policies of Adolf Hitler’ and that the world’s reaction to the Israeli invasion shows that ‘the real lessons of World War II have yet to be learned.’ Can Rabbi Hier actually be using the Holocaust as a weapon to defend Israel’s massive overkill and inhumane policies in Gaza? Had Hier himself and other friends of Israel actually learned the lessons of Holocaust, they would be supporting the Palestinians in Gaza, most of whom are cold, hungry, living in miserable conditions, unemployed, and desperate.

Rabbi Hier is very sensitive to accusations that Israel has established an apartheid regime on the West Bank, and the Wiesenthal Center has attacked Jimmy Carter’s book Palestine: Peace Not Apartheid. Although this is not the place for a nuanced discussion of the similarities between the Israeli occupation of the West Bank and the now-defunct South African regime, suffice it to say that Palestinians under occupation live a very different existence from their Israeli settler neighbors. Palestinians are subject to Israeli military rule, their movements are controlled by a network of check points, their lands and water resources are being stolen, and they have virtually no political rights. If the Wiesenthal Center’s ‘primary mission is to fight racism, prejudice, and discrimination in all its forms,’ it has manifestly failed on the West Bank and in Gaza.

The biggest difference between apartheid South Africa and Israel is that the Israelis depend upon a phalanx of friends abroad to permit them to circumvent international law and generally accepted standards of morality and fair play in their relationship with the Palestinians. The Simon Wiesenthal Center may claim the moral high ground, but it is just one of a large number of well-financed American institutions enabling Israeli bad behavior. That bad behavior has the most unfortunate additional effect of creating enemies for the United States across the Muslim world.