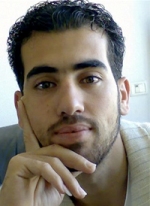 On the third anniversary of his death, the Al Mezan Center for Human Rights reported that the Israeli army deliberately shot and killed Palestinian cameraman, working for Reuters, Fadel Shana’a, 23, in the Gaza Strip. Center called on the International Community, regional and international Press Agency and agencies that defend the freedom of press to practice more pressures on their governments to seek the prosecution of Israeli official involved in such crimes.

The Center added that three years after the killing of Shana’a and despite the clear evidence of his murder by the army, “justice seems to be far away from being achieved.

Shana’a and his crew were first targeted by a missile and less than five minutes later, the army fired more missile at their clearly marked press vehicle.

The Al Mezan Center conducted an investigation into the issue and found out that the press vehicle was clearly marked, the team was filming in an open area in broad daylight and their cameras and equipment were clearly seen.

It stated that the crime is another serious Israeli violation to Human Rights especially article number 19 of the International Human Rights Declaration and all related declarations including the Fourth Geneva Convention.

The additional protocol of article number 79 of the Fourth Geneva Convention of 1949 stated that reporters who work in conflict zones and conduct dangerous mission are considered civilians and must be protected as such.

Friday marked anniversary of the killing of Shana’a; on the same day, the Israeli army also killed thirteen Palestinians, including eight children while bombarding and shelling the eastern areas of the Gaza valley (Juhr Ad Deek), and the Al Boreij refugee camp.