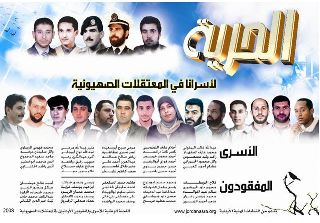 Israeli soldiers kidnapped on Sunday Shereen Al Esawy, a lawyer representing Jordanian Detainees imprisoned in Israel. Al Esawy was kidnapped at a roadblock, near Jabal Al Mokabbir, in East Jerusalem.The National Committee for Jordanian Prisoners and Missing Prisoners, stated that Shereen was moved to the Al Maskobiyya interrogation center, and added that the army also broke into her home and confiscated her laptop.

The Committee slammed the arrest and demanded international human rights groups to intervene and oblige Israel to release her as she is only performing her duty as a lawyer.

Several weeks ago, Israel barred Al Esawy from visiting the detainees she represents.

Al Esawy was also prevented, several months ago, from entering Jordan for a conference about the detainees.

The conference was held in Amman after Jordanian detainees in Israeli prisons held a hunger strike, but the Jordanian Authorities prevented her from crossing into the country.

The committee states on its website that there are currently 27 Jordanian detainees, including one woman, imprisoned by Israel.

As for missing Jordanians, the number is estimated by 25, most of them were members of the Jordanian armed forces who went missing during the 1967 war.