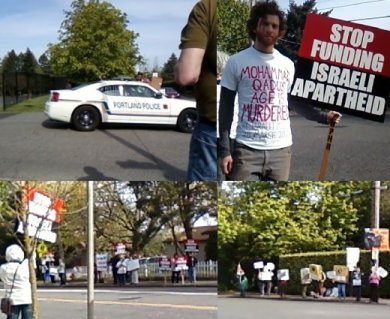 A group of protesters in Portland, Oregon, USA, erected mock settlements, a ‘Wall of Shame’, and a checkpoint as part of a protest against the American Israel Public Affairs Committee (AIPAC)’s annual Oregon fundraiser on Sunday.AIPAC is the largest and most powerful Zionist lobby in the US, with branches in all 50 US states and financial contributions to every US congressmember and senator. Recently, however, their meetings and fundraisers have been met by increasing protests, like the one held Sunday in Portland.

One protester represented the recent murder of a non-violent demonstrator in Iraq Bur’in village by staging a ‘die-in’ at the entrance of the event. He was not arrested, but was moved out of the way to allow the financial contributors to AIPAC to enter.

The mock settlements were constructed out of cardboard, and accompanied by a demonstrator dressed as Israeli Prime Minister Binyamin Netanyahu, wearing a helmet labeled ‘Caterpillar’ after the US-based construction company whose military bulldozers are used to destroy Palestinian homes.

In addition, some demonstrators dressed as Israeli soldiers demanded ID from those entering the event. Although the attendees did not oblige the protesters by showing ID, they were again stopped, just a few meters away, by an actual checkpoint set up by the event organizers to ensure that only paid ticket-holders were able to enter the controversial event.

The protesters also held up a representation of the Israeli Annexation Wall, painted with the words, “Wall of Shame”. These are words that a group of Jewish activists painted on the actual Wall in Qalqilia soon after the Wall was constructed there in 2002. The Wall is constructed on Palestinian land in the West Bank, and has made it impossible for any semblance of a normal life to continue in the West Bank.

The attendees of the AIPAC dinner included a number of local politicians including US Senator Ron Wyden and Oregon Governor Ted Kulongoski, as well as Oregon rabbis and leaders of Jewish organizations who pledged during the dinner to stand by Israel. The human rights violations and abuses brought out by the protesters were not addressed by the speakers at the fundraising dinner. 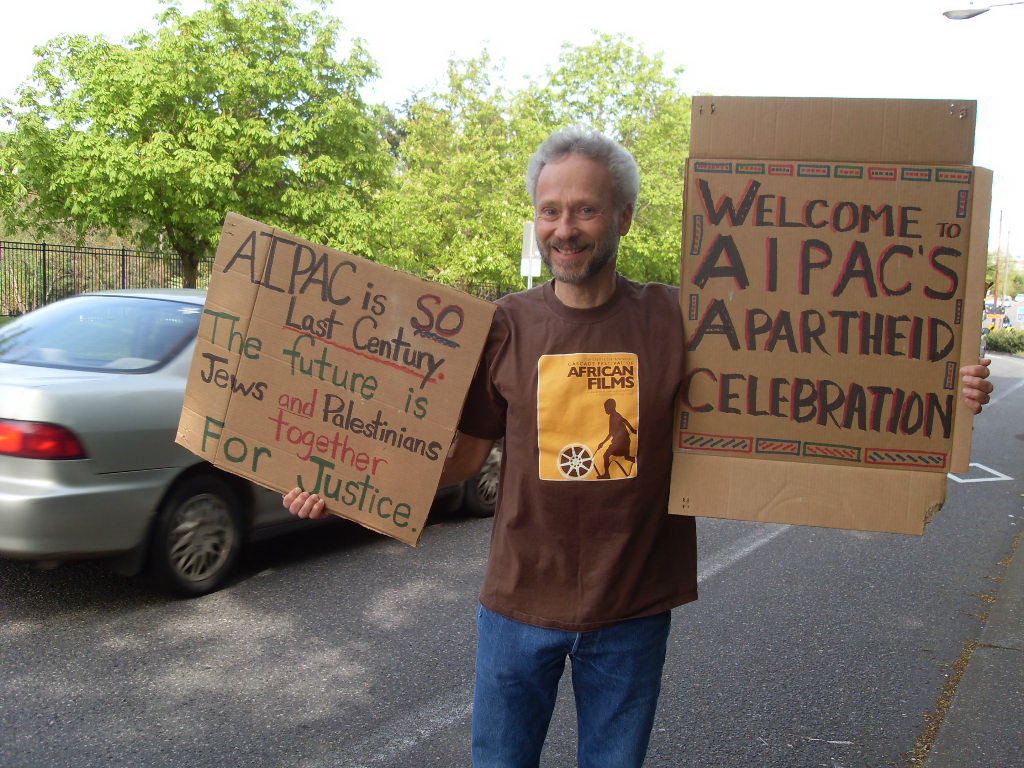 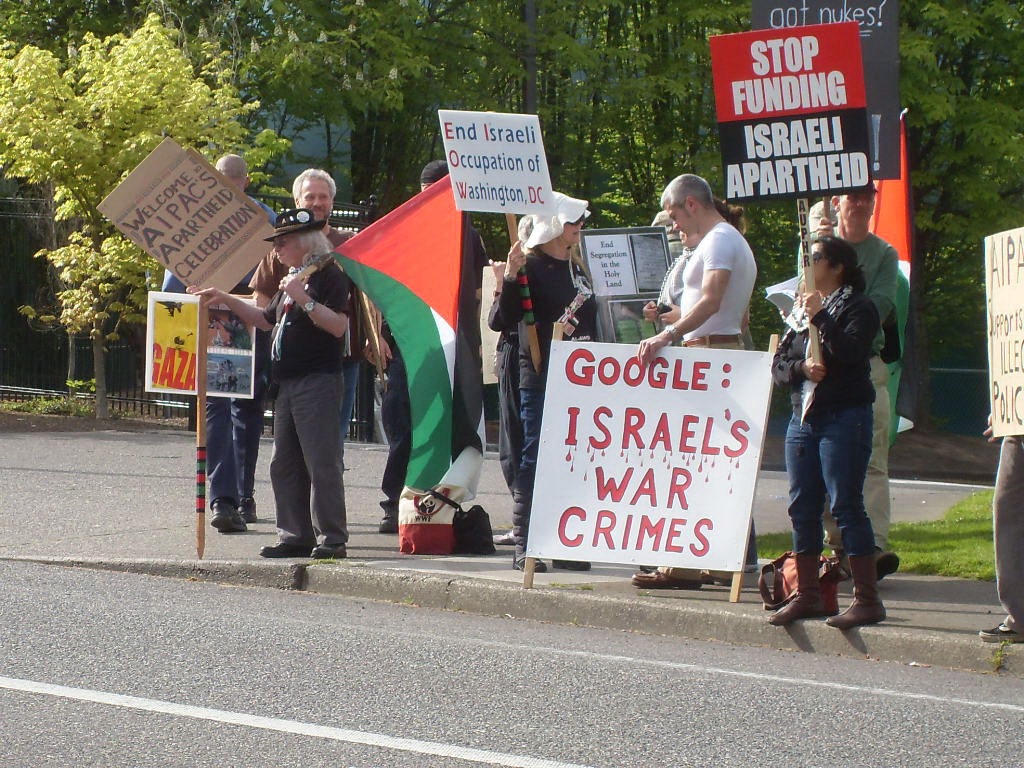 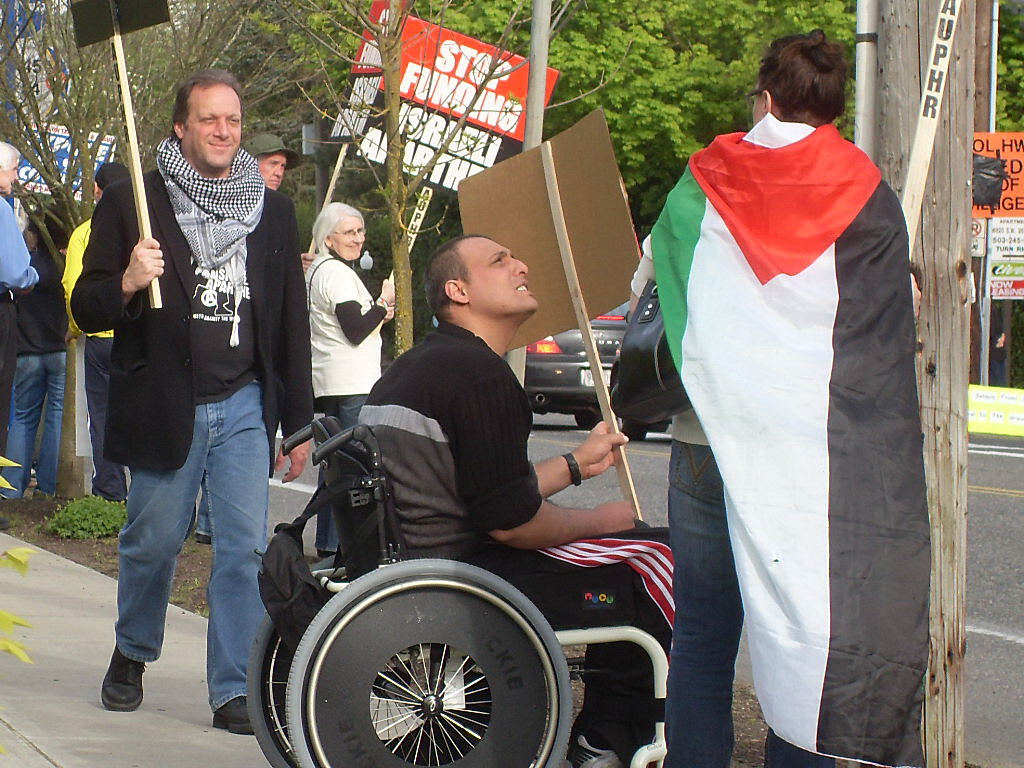 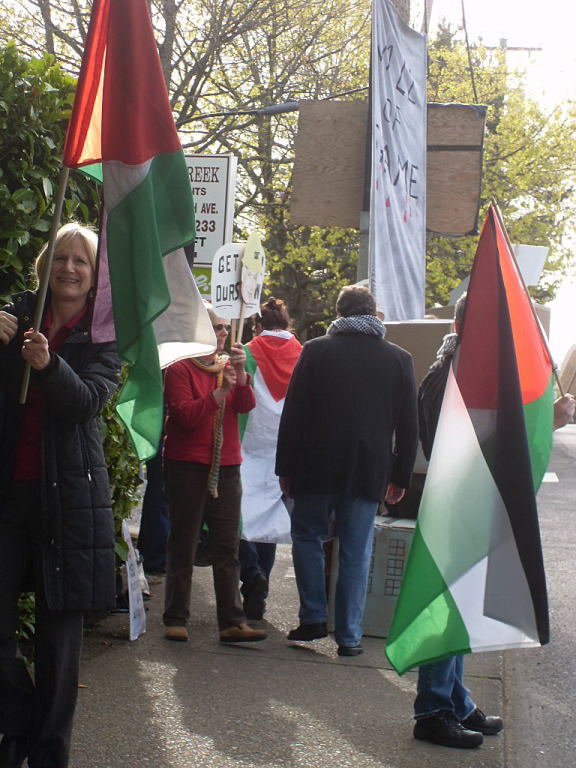 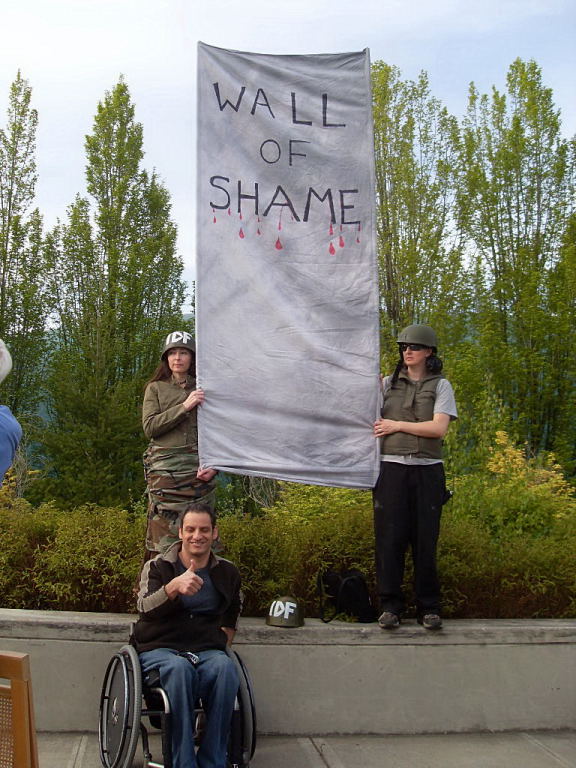 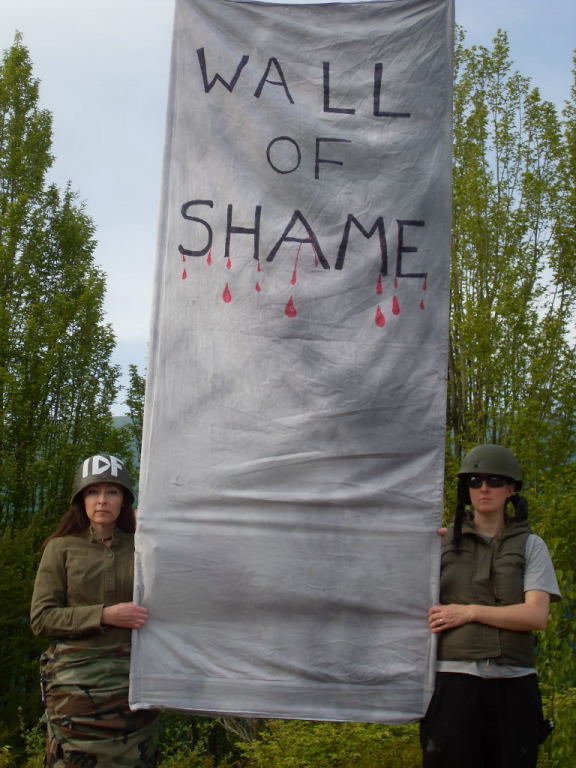